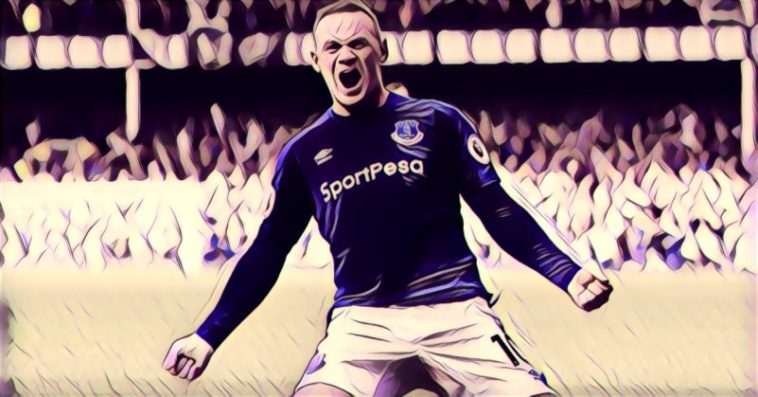 Wayne Rooney’s move back to his boyhood club Everton from Manchester United this summer divided opinion, just like the player has for the majority of his career.

Many, who had witnessed the steady decline of England’s record goal scorer over recent seasons, saw the move as nothing more than a deal steeped in sentimentality that would ultimately end in derision. Others thers saw it as a chance at a fresh start for a player that still had plenty to offer, and the perfect way for him to end his stellar career.

As a Manchester United fan, and having seen first hand, the at times ridiculously poor performances Rooney had been putting in over the last couple of seasons. I must admit I thought his move back home to Goodison would end in abject failure.

That’s not to say I don’t appreciate his contribution over the years, his goal and assist records speak for themselves, and tell you clearly just how much of a key part he was to years of success at Old Trafford.

However, the last couple of seasons the constant debate over his best position became tiresome, and he looked like a player lacking the mobility to play up front or the engine and first-touch to play in midfield.

Obviously, the fact he was the clubs highest paid player and that most pundits – who are his mates by the way – pretty much point blank refused to acknowledge just how non-existent his contribution to United had become, did little to dampen the feeling of frustration.

In all honesty, many Reds fan felt a sense of relief when he swapped Old Trafford for Goodison Park as finally every second article you read about the club would not be dominated by the Rooney debate.

As so often is the case in football though, Wazza has gone on to make me look like a right plum with his 10 goals and two assists in just 15 Premier League appearances for Everton this season.

Despite the Toffees having a turbulent campaign up until now Rooney’s contribution has been superb.

Ok, so there are a few penalties amongst his 10 League goals, but to be fair there have been a few tidy finishes in there aswell.

His wonder strike from the half-way line against West Ham will surely go down as one of the the Premier League’s most iconic goals ever, and the technique required to execute the finish is of a truly world-class standard.

This goal in many ways, encapsulated Rooney at this stage of his career, while you would be delusional to suggest he still has the type of dynamism he showed in his early days this is a player, in fleeting moments anyway, still capable of producing genuine pieces of pure genius and brilliance.

With Everton enjoying a resurgence under Sam Allardyce and the former England boss talking about his plan to manage the players game and rest time wisely, it’s starting to look like Rooney made the perfect choice in how to finish out his record- breaking career.

It would also seem that moving away from the media craze that surrounds United has benefited 32-year-old. Everton are of course a massive club in their own right, but it is still not in anyway comparable to the attention every pass and touch is given at Rooney’s former club.

He can have either a good or a bad game at Everton and it probably won’t get too much of a mention outside of Toffees fans, whereas every detail of his performance at Old Trafford would be analysed in minute detail.

Although, it may seem that Rooney has been around forever he only turned 32 in October, so if he is managed correctly there is no reason why he can’t go on for another three seasons, and add to the over 300 Premier League goals and assists he already has to his name.

In many ways, considering all the criticism Rooney has received over the last few years, if he was to say score over 20 league goals this season whilst playing for a side outside the top-six, it may well go down on a personal level anyway as his best and most satisfying season ever.

Personally I’d love to see him do it, just to make me and many more eat our words.

Well done Wayne for your season so far, it seems there’s plenty of life in the old dog yet.