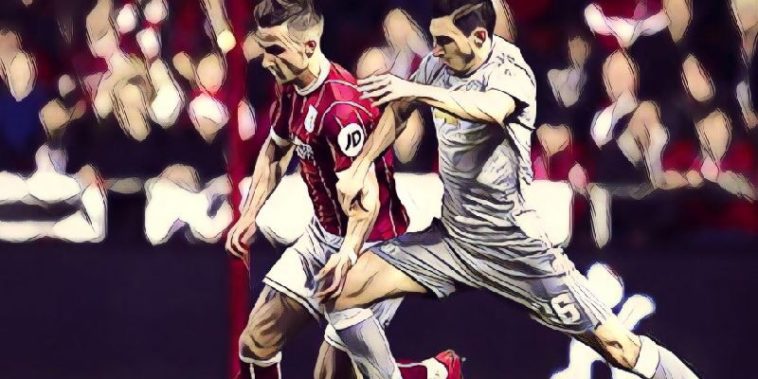 Korey Smith wrote himself into Bristol City folklore with an injury time winner to knock Manchester United out of the League Cup at the quarterfinal phase.

Ashton Gate hosted an entertaining game from start to finish, as Bristol City stunned the League Cup holders. The Championship side took the lead in the second half through a Joe Bryan rocket, before Zlatan Ibrahimovic equalised. The Red Devils were left to rue a series of missed chances, and became the fourth Premier League team to be knocked out by Bristol. Here are five things we learned from the game:

No one would have batted an eyelid if Bristol had set up primarily to thwart United’s attacks. It is to their credit that they came out willing to stand toe-to-toe with their more illustrious counterparts, and they were rewarded for their bravery.

Sergio Romero was under constant pressure whenever the ball was in the United penalty area, and both goals were the result of accomplished forward play. Bristol will go into the semi-finals without fear.

Bristol’s sharpness going forward was not mirrored by United. Often, their attacks looked laboured, and they desperately missed the pitch-stretching tendencies of Antonio Valencia and Ashley Young.

The final pass was often mishit, and the crossing just would not find its mark. It was telling that United’s only goal came off a set-piece, because, despite striking the woodwork twice, they just did not seem likely to score from open play.

Ibra doesn’t quite look up to speed yet

Some responsibility for that lethargy in attack was due to Zlatan Ibrahimovic. He managed to play 68 minutes, the most in a game since his return from injury, but he was noticeably rusty. His well-hit free kick showed that there is still some mileage left in the mercurial Swede, but expectations may need to be tempered as he continues to work his was back to prime playing condition.

Darmian and Blind proving why they are not starters

Mourinho made 10 changes to the side that played on the weekend against West Brom, including the entire defensive line. The backups did not impress tonight, particularly Matteo Darmian and Daley Blind. Darmian in particular was a few steps down from Antonio Valencia, and provided no threat on the flank, as well as being defensively suspect.

The distribution from the back was all over the map, and they crumbled in front of Bristol’s take-no-prisoners forward play.

Steele bends, but does not break

Bristol were indebted to their goalkeeper, and former United man, Luke Steele for keeping them alive in the game in the second half. Ibrahimovic’s free kick was all that got past him, and that took a minor deflection on its way through.

Once Romelu Lukaku came on, the Premier League side looked more threatening, and the big Belgian forced Steele into a couple of excellent saves. The keeper was excellent throughout the 90 minutes, and laid the foundation for a famous win.