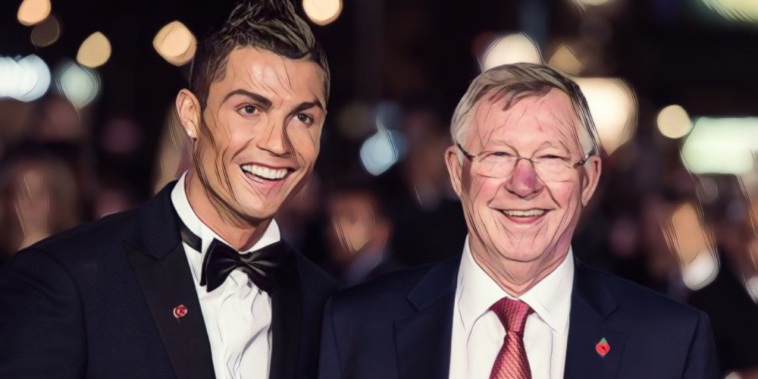 Ronaldo has signed a two-year deal with the Red Devils after a deal was agreed with Juventus, returning to the club 12 years after his world-record departure for Real Madrid.

The 36-year-old won three league titles, the Champions League, and a first Ballon d’Or during his first spell in the Premier League and admits his former manager was ‘key’ to his decision to re-join the club.

Ronaldo described Ferguson as ‘a father in football’ and says the Scot was central to his decision to sign for United as a teenager, before opening up on the close relationship they have maintained and Ferguson’s role in his return.

“As everybody knows, since I signed for Manchester [United] at 18, Sir Alex Ferguson was the key,” Ronaldo told ManUtd.com.

“I remember when we played against Manchester when I was at Sporting Lisbon.

“For me, Sir Alex Ferguson is like a father in football for me. He helped me a lot, he taught me many things, and in my opinion of course he had a big role because the relationship that we had, we keep in touch all the time, and he’s an unbelievable person.

“I really like him a lot and he was the main key for me to be in the position that I am, that I signed for Manchester United.”