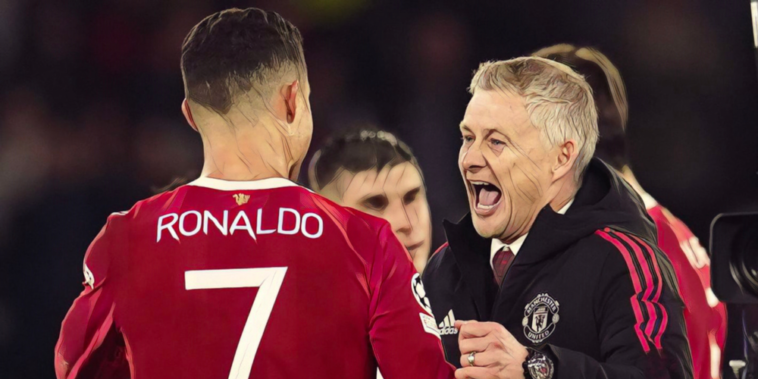 Cristiano Ronaldo has given his opinion that Manchester United will be a better team than their recent showings once they overcome their period of ‘adaptation’.

The Red Devils started the season as one of the four favoured sides – alongside Man City, Liverpool and Chelsea – who could mount a title challenge given their summer recruitment.

After a relatively positive start to the season, things have massively dropped off in recent weeks, with Manchester United having picked up just one point from their last three Premier League outings following well-below-par showings against Aston Villa, Everton and Leicester.

Ole Gunnar Solksjaer’s side were also 2-0 down to Atalanta and facing the prospect of being bottom of their Champions League group in midweek, before they put in a stirring second half performance to earn a 3-2 victory.

As he had done against Villarreal, summer signing Cristiano Ronaldo was the hero as he netted the winner against the Italians, and speaking ahead of this weekend’s high-profile Premier League clash against old rivals, Liverpool, the Portuguese is confident about the direction of the side.

“We are in a moment in my opinion that Manchester (United) do a few changes; they buy me, they buy (Raphael) Varane and (Jadon) Sancho,” he told Sky Sports‘ Geoff Shreeves.

“The adaptation will take time, even the system of the game that we play, but I think step by step we have to put it in our mind that everything is possible.

“Everyone should know their role. I know my role in the team, in the club… my role is to score goals, to help the team with my experience and know-how to understand the game, and help the team.

“If everyone is thinking like that, sacrifice for the team. Run when you don’t have the power in your legs, but in your mind, you know you have to be strong.

“I think we will be a better team. We have fantastic supporters behind us, fantastic stadium, fantastic team, so we have to carry on like that.”