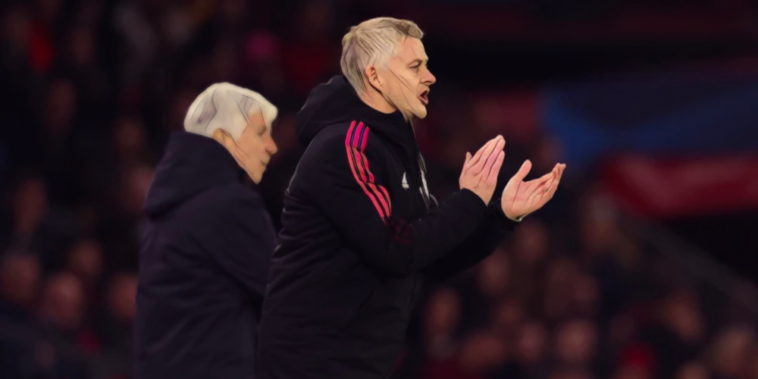 Ole Gunnar Solskjaer is hoping Manchester United’s comeback against Atalanta is ‘the start of something big’ for his side following their recent ‘bad period’.

Manchester United overturned a two-goal half-time deficit to beat the Italian side in the Champions League in midweek, with Cristiano Ronaldo’s late header completing the comeback and securing a vital three points.

The win followed a poor recent run of results, with the Red Devils without a win in three Premier League fixtures ahead of this weekend’s clash with Liverpool at Old Trafford.

Solskjaer – whose side were booed off at halftime against Atalanta before their second-half turnaround – said he was hopeful that the result can spark an upturn in performances for his side.

“It’s something that we have done plenty of times here at the club, it’s in our DNA, it’s ‘never give in’,” he told his pre-match press conference.

“Sir Alex’s documentary, that’s what our fans expect from us, to give everything you have, give your best all of the time and when you do that with the quality of the players you have here you can win and lose games, but come out of it having given everything and know that’s a team out there.

“I saw a team in the first half giving everything, we needed half time against Atalanta to push that belief a little bit more and keep believing what we’re doing and hopefully, it’s the end of a bad period for us.

“Teams always go through bad spells. Good teams come together and if that was the start of something big, that’s what we hope and the focus and determination of the lads have been really good since a bad performance against Leicester.”

Solskjaer was asked whether his side could repeat such a comeback against Liverpool, but warned his side they can not be as generous when it comes to offering up chances against the visiting Merseysiders this weekend.

“You can’t give them chances,” he admitted. “We gave Atalanta two and they scored two. In football teams are going to create chances, that’s the nature of the game.

“I don’t agree with everyone when people say we were really bad against Atalanta, they were clinical. So will Liverpool. We can’t give them an inch in our box.”

The Norwegian also discussed the importance of clashes against the Premier League’s ‘big six’, as United look to secure a result against a direct rival and keep in touch at the top of the division.

Solskjaer insisted that each game in the Premier League is both ‘important’ and ‘difficult’, before outlining his determination to make the Red Devils ‘solid’ once again following a run of 12 home games without a clean sheet in all competitions.

“Every game in this league is so important, so difficult, and we have absolutely no right to go on the pitch against any team in the Premier League thinking that we can give less than our best to win the game,” he said.

“We have not won the league in the last three of four years, you can understand City or Liverpool to walk onto the pitch and think quality is enough, we have players to keep on improving, developing.