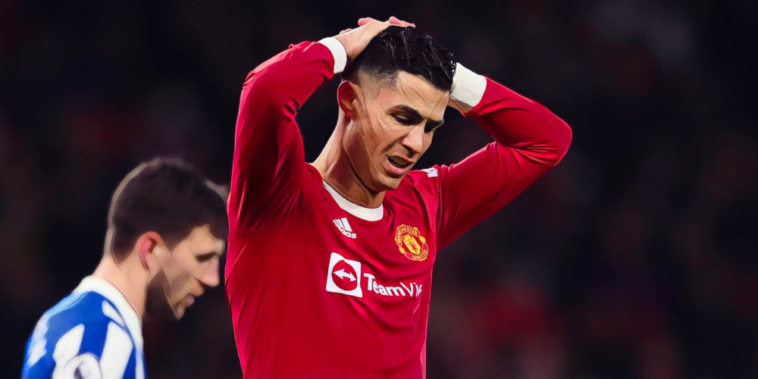 Cristiano Ronaldo is ‘increasingly unlikely’ to leave Manchester United this summer, amid a lack of credible options for the forward.

Ronaldo has expressed a desire to leave the Red Devils in order to compete in the Champions League next season, but has seen a number of clubs – including the likes of Bayern Munich, Chelsea and Atletico Madrid – distance themselves from a move. The only offer he is said to have received is from an unnamed Saudi Arabian side.

The Athletic are reporting that the 37-year-old’s lack of options means it is increasingly likely that Ronaldo will end up remaining at Old Trafford, leaving Erik ten Hag with the task of reintegrating the unsettled forward into the squad.

Sources said it was ‘notable’ how the striker had a ‘full participation’ in the clubs pre-season media day ahead of the start of the new season this weekend.

Ronaldo missed the club’s pre-season tour of Thailand and Australia after being granted extended leave, before returning for the friendly draw with Rayo Vallecano last weekend. However, Ronaldo was among a number of players who left the ground before the final whistle after being substituted, actions which Ten Hag has criticised.

“It’s unacceptable, for everybody,” Ten Hag said on the early exits from Old Trafford. “We are a team and you have to stay until the end.”

Former Manchester United captain Gary Neville has given his view on the situation involving Ronaldo and believes the Red Devils should ‘facilitate’ an exit for the forward, in order to maintain togetherness in the dressing room.

“Ronaldo’s achievements in football have gone beyond anything that anybody could have wished for and imagined,” Neville said at The Overlap’s latest fan debate.

“He will go down as one of the top players of all time and always will be. What happens this summer at Manchester United will be forgotten about in 20 years.

“But it’s unpalatable for me to watch as an ex-Manchester United captain, thinking that at this moment in time the star player in the dressing room is playing up.

The next 4 weeks are big for Manchester United and Cristiano .

Part one of our brand new Overlap Live Fan Debate is out now , and part two will be out tomorrow 👍

“It has happened at times over the last few years, where you had [Paul] Pogba’s agent – not necessarily Pogba – but his agent always playing up.

“You can’t have your star player in a club running the shop. You cannot have it. So when Sir Alex Ferguson in the past moved players on, it’s because that player needed to be moved on.

Neville discussed the difficulties of Ten Hag’s early reign at United and believes the Dutchman has had an ‘impressive start’ despite the complications surrounding Ronaldo’s future and a lack of transfer business.

“I think he [Ten Hag] has had a really impressive start, a confident start, in spite of the fact that his star player is playing up and he’s not being supported off the pitch by an operation that can’t get him the players that he wants,” added Neville.

“If you said to me two months ago that Manchester United would have Fred and [Scott] McTominay in midfield – and I like both of them, I think individually they give their all for Manchester United – and that we’d have [Anthony] Martial up front, who to be fair every Manchester United fan and coach had written off and thought he’d be leaving. He’s now our centre forward for the season.

“I’d say that the manager has been given a tough hand.”