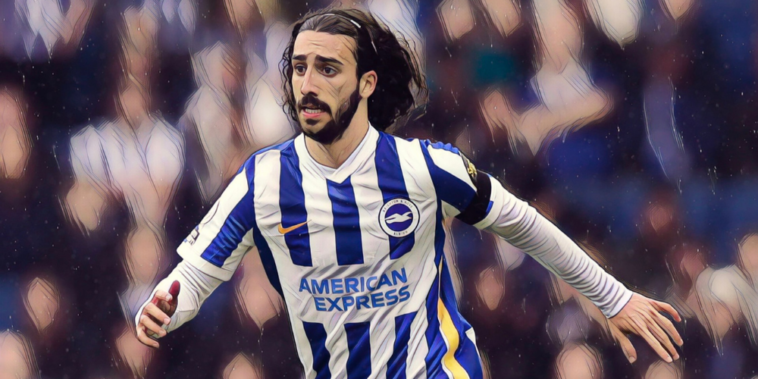 Chelsea are close to agreeing a deal to sign Marc Cucurella from Brighton, despite the Seagulls’ denial an agreement has been reached.

Multiple media outlets reported that Chelsea had agreed a deal for Cucurella on Wednesday, before Brighton released a statement to deny any agreement had been reached.

Cucurella submitted a transfer request last week as the left-back looks to engineer an exit, following approaches for the Spaniard from Manchester City and Chelsea.

City saw a bid of £30m turned down last week, though Chelsea have been prepared to match Brighton’s asking price and are nearing a deal worth £52.5m.

Sky Sports have revealed that a deal has been ‘agreed in principle’ and Chelsea are confident a transfer will be agreed, though negotiations have not been finalised.

“Brighton have said as far as they’re concerned this deal is not agreed with anyone yet, contrary to lots of reports from numerous outlets,” said Sky Sports News’ chief reporter, Kaveh Solhekol.

“We should also bear in mind, numerous people involved in the negotiations and the deal are telling us, and lots of other outlets, they feel a deal has been agreed in principle, that Chelsea are willing to pay £52.5m for him, the player wants to go to Chelsea. As far as they’re concerned, he is going to be a Chelsea player and in fact a medical has been booked.

“But he is a Brighton player and if they are saying the deal hasn’t been done yet, no matter what we’re being told by other sources involved in negotiations, the deal has not been completed yet.”

Chelsea and Brighton are also negotiating a deal that would see Levi Colwill move in the opposite direction, though the move for the teenage defender is being discussed as a separate transfer.