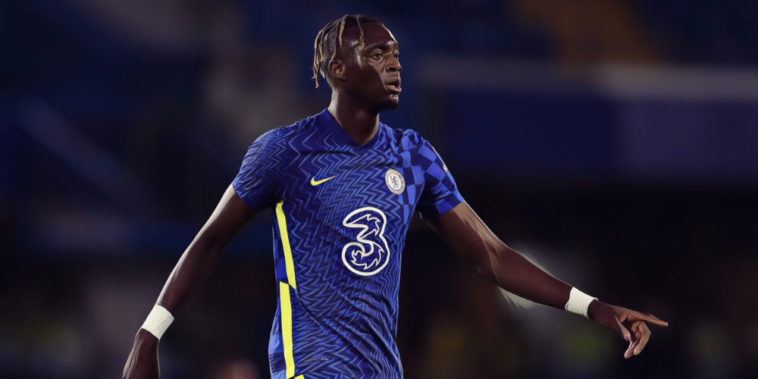 Roma have completed the £34m signing of Chelsea forward Tammy Abraham, with the star signing a long-term contract with the Italian side.

Abraham has signed a five-year deal with Roma after falling out-of-favour at Chelsea following the arrival of Thomas Tuchel as head coach, featuring only sporadically over the second half of last season.

The 23-year-old finished as Chelsea’s joint-leading scorer in all competitions last term with 12 goals, but was restricted to just 18 starting appearances and his chances were set to be further limited following the £97.5m arrival of Romelu Lukaku from Inter Milan.

Abraham’s lack of minutes had seen the forward fall out of contention for a place in England’s Euro 2020 squad, after scoring once in six appearances since being handed his debut by Gareth Southgate.

Abraham had been linked with several clubs – including Arsenal and Atalanta – but has now completed a move to Roma and will link up with former Chelsea manager Jose Mourinho in the Italian capital.

Sky Sports are reporting that Chelsea have placed a £68m buy-back option into the deal, following the academy graduate’s permanent move to the Stadio Olimpico.

Roma begin their league campaign against Fiorentina on August 22 as Giallorossi bid to improve on a disappointing seventh-place finish in Serie A last term.

Abraham will wear the number nine shirt at Roma, following the departure of veteran forward Edin Dzeko to Inter Milan.