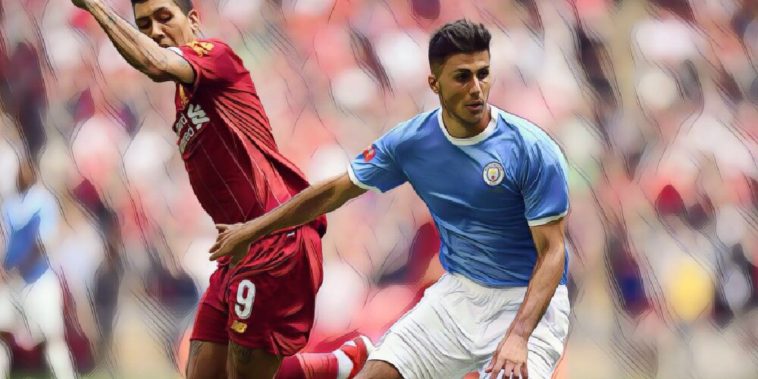 Kevin de Bruyne has been left impressed with Man City’s transfer business, describing Rodri as ‘a perfect fit’ for the club.

For a second summer running, Man City broke their transfer record to bring Rodri to the Etihad, splashing £62.8 million to sign the Atletico Madrid midfielder, with the Spaniard being eyed as the long-term successor to Fernandinho.

Rodri played for 90 minutes of Sunday afternoons Community Shield game against Liverpool on Sunday in a midfield trio of David Silva and Kevin de Bruyne.

Speaking about his new midfield colleague, De Bruyne has said that the 23-year-old has been ‘phenomenal’ in training, and thinks his attributes make him ‘a perfect fit’ for the Premier League champions.

“I think he’s the perfect defensive midfielder for the way we want to play. Our defensive midfield is a really difficult position. You need certain players for it and there’s not a lot of people who can do both sides of it.

“Obviously we’re very good on the ball. You can’t just be defensive, you have to be offensive also. I think the way he’s performed in pre-season and in training has been phenomenal. To be the new guy and still be on this level is a good sign.”