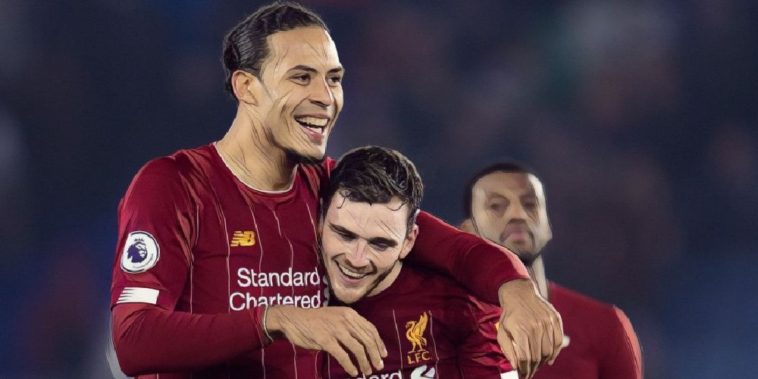 Andy Robertson has lauded Virgil van Dijk as ‘the best defender in the world’ and admits he loves playing alongside the Dutchman in the Liverpool backline.

Van Dijk has established himself as arguably the finest centre-back in world football since making the move to Merseyside in January 2018, playing a pivotal role for a Liverpool side which sits on the verge of an elusive league title ahead of football’s return later this month.

Robertson has hailed the talents of his commanding teammate and admits he relishes playing alongside ‘the big guy’, revealing the duo have a ‘good partnership’ both on and off the pitch.

“Virg is the best defender in the world, and I love him being on the left-hand side with me,” Robertson said on The Football Show. “We have a good partnership on and off the pitch, and we help each other out. On the pitch especially.

“The big guy is absolutely class in everything he does. He just carries himself so well on and off the pitch, and is somebody who a lot of people look up to, and I’m one of them.

“He’s a fantastic leader, a fantastic guy. I love playing with him, having him in the back line, and since he signed, he’s brought us forward.

“I loved him at Celtic as well, and I was delighted when we signed him, and it showed that the money spent was worth it.”