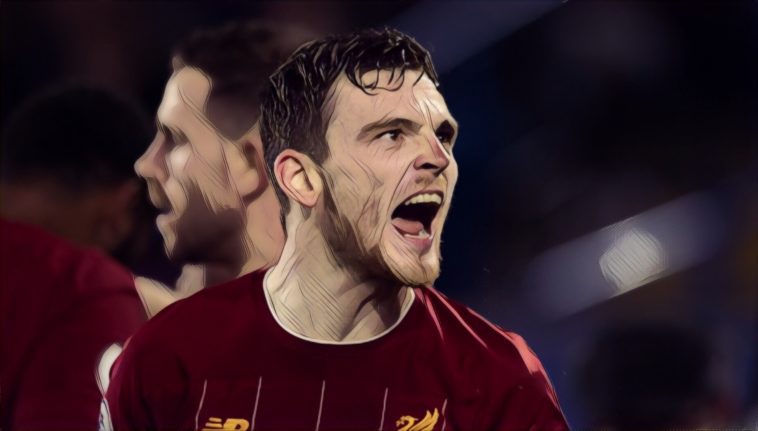 Andy Robertson has urged Liverpool to be ‘clinical’ as they bid to overturn a first leg deficit against Atletico Madrid on Wednesday night.

Jurgen Klopp’s side welcome Atletico to Merseyside for the second leg of their Champions League last-16 tie tomorrow evening, with Liverpool facing a difficult task to secure their progress to the quarter-finals after a 1-0 defeat in the Spanish capital three weeks ago.

Robertson admits his side must be at their very best if the holders are to progress to the last eight, and has urged his teammates to be ‘clinical’ in front of goal against a notoriously resilient Atletico rearguard.

“Over there we never had a shot on target – if we do that again we won’t get through,” Robertson told the pre-match press conference.

“We dominated possession, which I believe we’ll do again tomorrow night at Anfield. But it’s about what we do with that possession, it’s about creating the chances and trying to be clinical in front of goal.

“That’s what we need to do tomorrow night, we need to create more chances than we did over there and when they fall to us we need try to take them, because we’re obviously 1-0 down and we need to try to overturn that.

“But, on the flip side, we need to be wary of them going forward and we need to try to keep a clean sheet to give us the best possible chance. We need a complete Liverpool performance.

“If we can do that we believe we can cause any team problems and we can beat any team. Hopefully tomorrow that’s the case.”