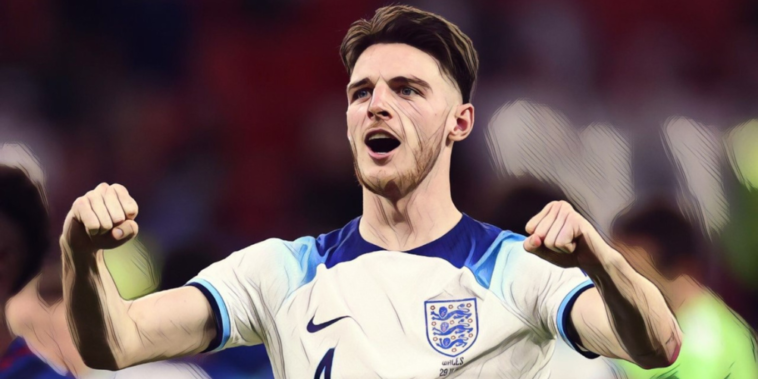 Declan Rice believes rival nations will be wary of England’s quality as the World Cup prepares to enter the knockout rounds.

England will take on Senegal in the last 16 this weekend, having topped Group B in Qatar. It will be a first-ever meeting between the two teams and the Three Lions will face a tough test against the 2022 AFCON champions.

Gareth Southgate’s side will arrive with confidence however, and are the leading scorers in the World Cup to date with nine goals. Ahead of the knockout rounds, Rice believes the quality England possess in forward areas will put fear into opposition sides.

“Other nations will always look at us and the quality that we have in the squad, why should we not be feared?” Rice said at a press conference.

“If you look at our attacking players, we have world-class, unbelievable talents across the board. And across the whole team too, we have players who have won the biggest trophies.”

Rice believes England are among the favourites to be crowned world champions and insists the ambition of the Three Lions is to ‘go all the way’.

“We are one of the biggest teams here, it’s down to us to prove it on the pitch. Teams like the French have won a World Cup and done it consistently. Now we want to change that.

“All those big nations, we want to show that we’re here. We are not here for the round of 16, we want to go all the way.”