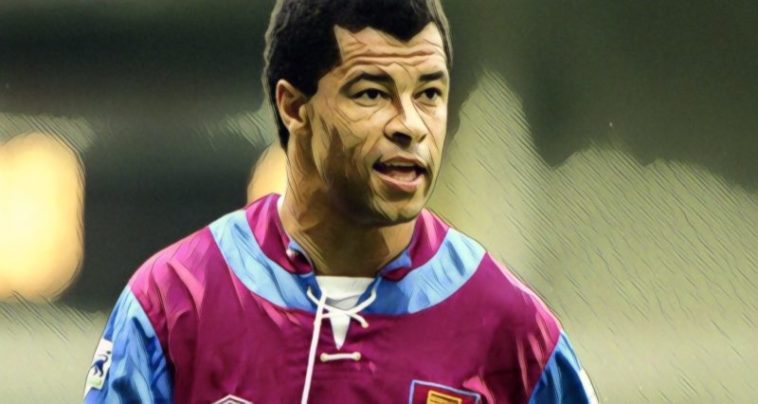 Inclusion in the PFA Team of the Year is a proud moment in the career of any Premier League player, voted by their fellow professionals into the season’s best XI.

Only the league’s very finest talent find themselves in the Team of the Year each season, and amidst the current lack of football we’ve decided to revisit the early campaigns of the Premier League and look back at the history of the prestigious side.

Our first rewind takes us back to an exciting new era with the inaugural season of the rebranded top flight, a season which saw the birth of a sporting behemoth and the emergence of a new side as the dominant force in English football.

Manchester United had shown signs of significant progress under the guidance of Sir Alex Ferguson and a collection of cup successes in previous years saw the Red Devils begin the inaugural Premier League campaign with high hopes.

Goalkeeper Peter Schmeichel had impressed in helping the club to a runners-up finish the previous season, and formed part of the side that would end a 26-year wait for a league title to be crowned champions.

United recovered from back-to-back defeats in their season openers to enjoy a memorable first Premier League season, overcoming the challenge of Aston Villa, Norwich and Blackburn to finish 10 points clear at the top of the division.

Ferguson’s side finished with the league’s best defensive record and Schmeichel was named in the Team of the Year at the end of the season – remarkably the only inclusion of the Dane’s career.

Bardsley spent over a decade in the colours of Queens Park Rangers and was a key part of club’s successes during the early seasons of the Premier League era, with Rangers defying expectations to secure a fifth-placed finish in the division’s maiden campaign.

The defender’s performances during the league’s inaugural season also saw him earn senior international recognition with England, earning two caps for the Three Lions in fixtures against Spain and Poland.

McGrath was named as the PFA Player’s Player of the Year during the first season of the Premier League, the defender somehow capable of performing at the very highest level despite crippling knee issues and well-documented personal problems.

Having been ushered out of the door at Manchester United, McGrath found a new home at Aston Villa and starred, being named as the club’s Player of the Season for four consecutive years and earning the nickname ‘God’ from an adoring Holte End.

McGrath became just the second Irish player to win the PFA Player of the Year award – after Liam Brady in 1979 – and was included in the divisional Team of the Year for the second time in his career.

Podcast: The turbulent life and lasting legacy of Paul McGrath

Pallister was named as the PFA Player of the Year after helping Manchester United to a runners-up finish in the final season before the Premier League, contributing towards the league’s best defensive record and forming a fine partnership in central defence alongside Steve Bruce.

The duo again formed the defensive screen for the division’s best defence as the Premier League title was secured in 1992/93, Pallister playing every minute as United ended a title-drought of more than two decades.

Pallister’s performances saw him included in the PFA Team of the Year for the second successive season, one of four times the centre-back would be voted in by his fellow professionals during the Premier League era.

The Australian-born England international was as dependable as they come during a six season spell at Leeds, establishing himself as a key figure for the Whites following a move from Chelsea and helping the club to the First Division title in the final pre-Premier League season.

Leeds’ title defence, however, was disastrous.

Howard Wilkinson’s side failed to win away from home all season to finish just two points clear of the relegation places, though despite their struggles Dorigo’s touch of class at left-back continued to win him plaudits from the rest of the division.

The full-back’s pace, set-piece ability and elegant style saw him recognised by his peers as the best left-back in the Premier League.

Keane’s inclusion in the Premier League Team of the Year was a remarkable achievement for the young midfielder, the Irishman selected amongst the division’s best despite forming part of a Nottingham Forest side that were relegated after finishing bottom.

The full-blooded commitment and thunderous approach to the game that the Cork-native would become renowned for was evident despite Forest’s struggles, with the 21-year-old voted into the Team of the Year for the first time in his career.

Forest’s relegation saw Keane sold to Manchester United for a British record fee later that summer, where he would win seven league titles and establish himself amongst the greatest midfielders in Premier League history, winning the PFA Player’s Player of the Year and FWA Footballer of the Year awards in 2000.

The second Leeds player to feature in this side despite the club’s struggles, the late Gary Speed was recognised as one of the top flight’s finest during the early nineties and earned inclusion in the Premier League’s first Team of the Year.

The midfielder proved to be a model of consistency throughout his Premier League career – registering a record 535 appearances at the time of his retirement – possessing a sweet left foot and an ability to arrive into the box and influence proceedings with vital goals.

He scored seven league goals for Leeds during the first season of the rebranded top flight, second only to leading scorer Lee Chapman.

Ince may not be remembered too fondly by Manchester United fans following a controversial decision to join Liverpool later in his career, but the midfielder played an influential role in the club’s early successes under Sir Alex Ferguson including that maiden Premier League title.

The former England international patrolled the midfield with trademark bite and tenacity, and became United’s general in the centre as the powers of Bryan Robson began to wane.

Ince made 41 appearances and scored six goals for Ferguson’s title-winning side, earning the first of three consecutive inclusions in the PFA Team of the Year.

Giggs had shot to prominence as United finished as runners-up in the final season before the Premier League, before improving once more the following campaign to help inspire the Red Devils to an elusive league title.

The Welsh winger scored nine times as Ferguson’s side were crowned champions ahead of Aston Villa, playing in all but one fixture to be named as the PFA Young Player of the Year and in the divisional Team of the Year.

Giggs’ performances saw him become the first player in history to win the Young Player of the Year award twice, whilst his inclusion in the best XI of the season was one of six nominations during a career in which he became the most decorated player in English football.

Arsenal’s first Premier League season proved to be one of disappointment, with the Gunners finishing a lowly 10th despite being tipped amongst the pre-season favourites for the title.

George Graham’s side did, however, become the first side in English football history to complete the domestic cup double, with Ian Wright leading the way following a prolific season for the north London side.

Wright was named in the PFA Team of the Year after scoring 15 league goals and 30 in all competitions, including in both games during the replayed FA Cup final victory over Sheffield Wednesday at Wembley.

Shearer arrived at Ewood Park in a British transfer-record deal from Southampton ahead of the first Premier League season, and quickly took the new league by storm with a prolific run of form for the ambitious Lancashire side.

Backed by Jack Walker’s millions, newly-promoted Blackburn enjoyed an impressive return to the top tier with Shearer central to their fortunes, scoring 16 times in just 21 appearances before suffering a serious knee injury against Leeds on Boxing Day.

The injury ruled Shearer out for the remainder of the season, but his prolific campaign to that point saw him voted by his fellow professionals amongst the division’s best.