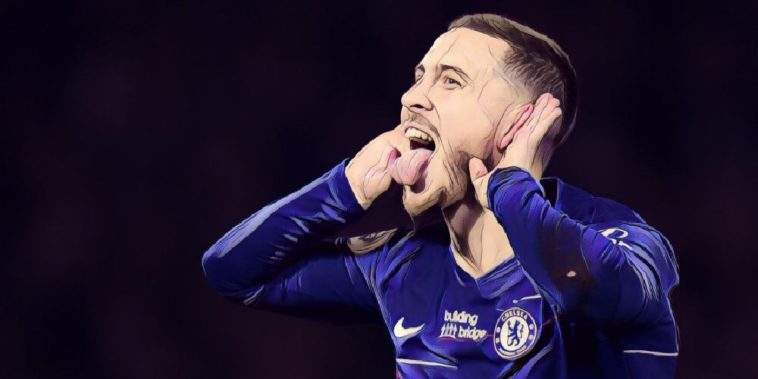 Real Madrid are set to offer Chelsea’s Eden Hazard a huge £400,000-a-week deal to persuade the Belgian to move to Spain.

Unless you’ve been living under a rock, you’ll have seen the Spanish giants are interested in taking Hazard to La Liga this summer, with the 28-year-old publicly welcoming their advances.

Hazard will have just a year remaining on his contract at Stamford Bridge this summer, with Chelsea now resigned to losing their talisman in the coming window.

Real are set for significant investment this summer after a disappointing campaign, and speculation is rife manager Zinedine Zidane will be given the proverbial bucket-load of cash to strengthen his squad.

Never ones for sensationalism, but The Sun are today reporting they are willing to offer a substantial portion of that cash to Hazard, a whopping £400,000-a-week to be precise.

Hazard is believed to Zidane’s top target, whilst the Frenchman is also casting admiring glances towards Manchester United‘s Paul Pogba, although if you do live under that rock, you probably haven’t heard that rumour yet either…