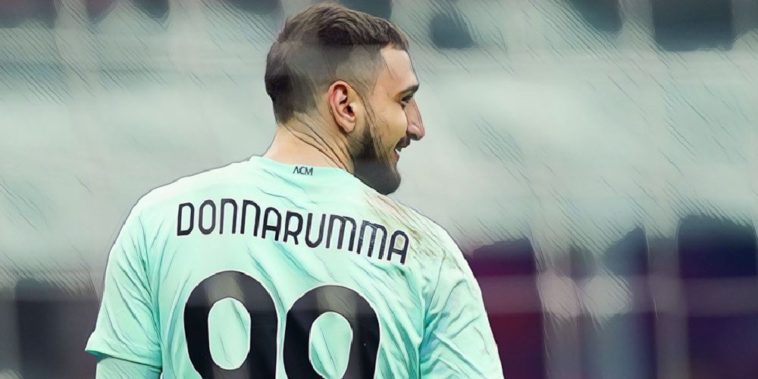 A report in the Spanish media has sensationally claimed that Manchester United have reached an agreement to sign AC Milan ‘keeper Gianlugi Donnarumma, the Italian out of contract at the end of the season.

Although the transfer rumour mill never quite seems to stop, it is already approaching that time of year again when the speculation really begins to take off, with the summer transfer window now not too far away.

As one of the biggest club’s in the world, Manchester United are often linked with a whole host of European talent, particularly those nearing the end of their current deals, with the presence of the Premier League side often a good bargaining tool in getting an improved new contract for a player.

The Red Devils have previously been linked with a move for AC Milan midfielder Hakan Calhanoglu who is out of contract this summer, while they are also inevitably rumoured to be interested in signing Sergio Ramos on a free transfer.

Now, according to Spanish outlet, Todo Fichajes, United have ‘reached an agreement’ to sign Gianluigi Donnarumma, the Milan stopper out of contract this summer and yet to commit to signing a new deal.

The 21-year-old has been the Serie A side’s first-choice ‘keeper over the last few years and has already racked up a mightily impressive 200 league appearances for the club, with that milestone game coming in the 3-0 defeat to rivals Inter at the weekend.

The Italy international – who’s already made 22 caps for his country – is seemingly no closer to committing his future to his current club and could well be allowed to walk free this summer.

While he is undoubtedly one of the most exciting young goalkeepers in world football, it would be a real bolt out of the blue to see him joining Ole Gunnar Solskjaer’ side any time soon.

The club already have both David De Gea and Dean Henderson in their goalkeeping ranks, with both currently battling the be Ole Gunnar Solskjaer’s number one.

Although De Gea hasn’t been at his best, he is still currently United’s first-choice goalkeeper, while his current contract doesn’t expire until 2023, with the option of extending it by a further year.

As for Henderson, the former Sheffield United loanee has been steady when called upon in cup competitions and in a handful of league games this term, while at 23, he has been tipped to be United’s number one in the coming years.

Signing another young ‘keeper in the form of Donnarumma doesn’t make a whole lot of sense, while having to pay the Italian a world record wage for a goalkeeper – as the report suggests – may not be an ideal situation for Ed Woodward and co.

In truth, the likelihood of this transfer going ahead is pretty slim.