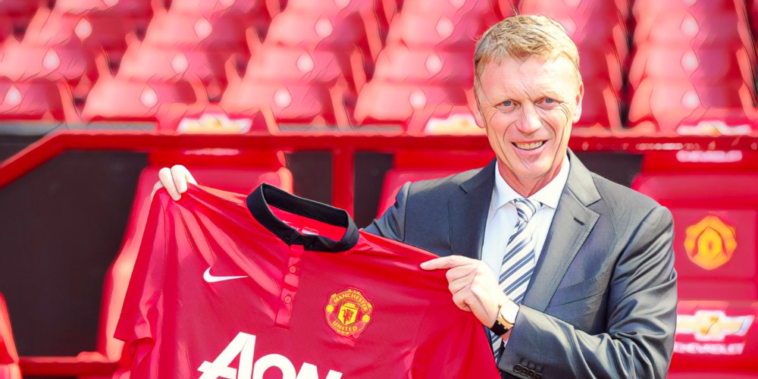 Graham Potter’s fine work at Brighton has captured Chelsea’s interest, with the west Londoners appointing Potter as their new head coach on a five-year deal.

The 47-year-old has impressed during his spell on the South Coast, in which he led Brighton to a best-ever Premier League finish of ninth last season with an attractive brand of football.

The move to Chelsea will represent a step up for Potter, who must handle the pressure and scrutiny that comes with managing one of the Premier League’s elite.

Following his appointment at Stamford Bridge, we’ve looked at the last five managers to swap Premier League clubs for one of the division’s ‘top six’ sides.

Roy Hodgson was viewed as an experienced coach who could navigate increasingly choppy waters at Liverpool, in the midst of a chaotic period that saw Rafael Benitez depart and owners Tom Hicks and George Gillet take the club towards administration and potential liquidisation.

The off-field chaos led to a summer recruitment drive that still makes Liverpool fans wince, as Milan Jovanovic, Danny Wilson, Paul Konchesky and Christian Poulsen all arrived at Anfield, while marquee signing Joe Cole was sent off on debut against Arsenal.

"It was uncomfortable playing in the atmosphere under Roy Hodgson. When Kenny Dalglish came it just lifted…"

Steven Gerrard opens up on Hodgson's time at Liverpool.

Hodgson had impressed at Fulham in leading the west Londoners to the Europa League final, but was an unpopular appointment at Liverpool. Poor results – coupled with an unwanted knack of producing soundbites that alienated him with the club’s support – saw a quick demise on Merseyside.

His quips included calling a Merseyside Derby defeat to Everton ‘as good as I saw a Liverpool team play under my management’, while fanning the flame of Fernando Torres to Manchester United rumours.

He departed in January of his debut season, having won only seven of 20 Premier League games in charge, leaving Liverpool 12th in the Premier League.

Liverpool gambled again on the services of a coach pulling up trees further down the division, appointing Brendan Rodgers as head coach in 2012.

The 39-year-old has forged a reputation as one of English football’s brightest young coaches at Swansea, after leading the Welsh side to promotion and an 11th-place finish in their debut campaign at Premier League level.

His time at Liverpool proved a rollercoaster ride, overcoming a 3-0 battering at West Brom in his first game to oversee steady progress. The additions of Daniel Sturridge and Philippe Coutinho proved shrewd signings, as Liverpool competed for the title during a thrilling 2013/14 campaign.

The Reds scored 101 goals for the season and an 11-game winning run looked to have placed the title momentum with Rodgers side, before Steven Gerrard’s infamous slip against Chelsea and a collapse at Crystal Palace ended their hopes.

Rodgers’ side regressed following that season however, with his recruitment questioned following the sale of Luis Suarez. Rickie Lambert, Mario Balotelli and Lazar Marković were among the notable market misses and he was sacked in October 2015.

David Moyes was dubbed ‘The Chosen One’ following his appointment at Manchester United, with the departing Sir Alex Ferguson having influenced the club’s decision to name the former Everton boss as his replacement.

Moyes had spent more than a decade at Everton and won admirers for his work with the Toffees, which included five top-six finishes despite working on a comparatively modest budget at Goodison Park.

Replacing Ferguson was always set to be an unenviable task and the Scot struggled, lasting just ten months in the role. He was sacked with United seventh in the Premier League table, after a defeat to former side Everton confirmed the club would miss out Champions League football for first time since 1995/96.

As he prepares to take his West Ham side to old club Manchester United, David Moyes admits he is disappointed that he did not perform better when in charge at Old Trafford. pic.twitter.com/u8ehIOIyV5

Results against the top teams contributed to the decline of the Red Devils – who entered the season as Premier League champions – as the club took just five points from a possible 24 against the top four of Liverpool, Chelsea, Manchester City and Arsenal.

Tottenham’s search for stability saw the club appoint Mauricio Pochettino as manager in 2014, having been impressed with the Argentine’s 18-month tenure at Southampton.

Pochettino took over Southampton in January 2013 and led the Saints to their then joint-best Premier League finish of eighth, while his brand of football brought the best from Adam Lallana, Rickie Lambert, Luke Shaw and Jay Rodriguez who all earned international honours with England under his management.

The former Espanyol boss became Tottenham’s tenth manager since 2001, but proved arguably the club’s best of the Premier League era during a five-and-a-half season spell in North London.

Silverware proved elusive, but Spurs were a fine watch under his management and competed with the best teams at home and in Europe. He led the club to three consecutive top three finishes in the Premier League, including as runners-up in 2016/17. Pochettino also guided Spurs to a first-ever Champions League final, one which ended in a 2-0 defeat to Liverpool in 2019.

He was sacked after Spurs made a disappointing start to the following campaign and departed with the side 14th in the Premier League.

Tottenham appointed former Wolves boss Nuno Espirito Santo as their new manager on a two-year contract in 2021, but his reign in North London proved short-lived.

Nuno had impressed across four seasons at Wolves, in which he led the club to Premier League promotion and turned the side into regular competitors for European qualification.

He began brightly at Spurs and won each of his first three games in charge to win August’s Manager of the Month accolade, but results took a sharp downturn with consecutive defeats to Chelsea, Crystal Palace and Arsenal.

Nuno Espírito Santo is the first manager to win the first three games of a Premier League campaign and then be sacked in the same season since Roberto Di Matteo at Chelsea in 2012/13. https://t.co/U8rSlzVzeg

There was criticism of Nuno’s pragmatic football as Spurs struggled for goals and the board soon decided his position had become untenable.

The Portuguese coach was sacked after just four months following a 3-0 home loss to Manchester United, a result which meant Spurs had lost five of their past seven league matches to fall to eighth in the table.