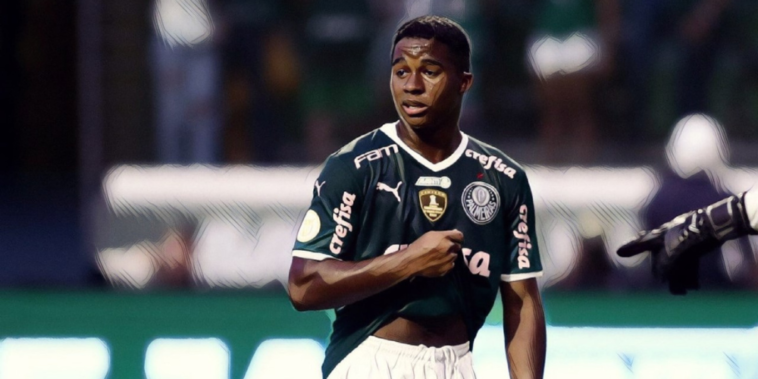 Real Madrid are said to be leading the race to sign Endrick from Palmeiras, as Europe’s top clubs circle for the in-demand teenager.

Endrick is on the radar of world football’s leading sides after his emergence at Palmeiras, where he became the club’s youngest debutant in October.

Later that month, he scored his first goals for the Brazilian side and in the process became the second-youngest goalscorer in the history of Brazil’s top division.

Barcelona, Paris Saint-Germain and Chelsea are among the clubs credited with an interest in the 16-year-old, though Brazilian outlet UOLSport, as per AS, are reporting that Real Madrid are in pole position to secure a deal.

Palmeiras are demanding a fee of around €60m for Endrick, with the European champions prepared to meet that figure including add-ons. Due to his age, Endrick will not be permitted to formally make the move to Europe until 2024 and will continue on loan at Palmeiras until that date.

Real Madrid are hopeful of securing a deal for Brazil’s latest starlet, following the success of moves for Vinicius Junior and Rodrygo in recent windows.

Paris Saint-Germain have also tabled an offer to the forward, but both Endrick and Palmeiras are understood to have rejected the approach.