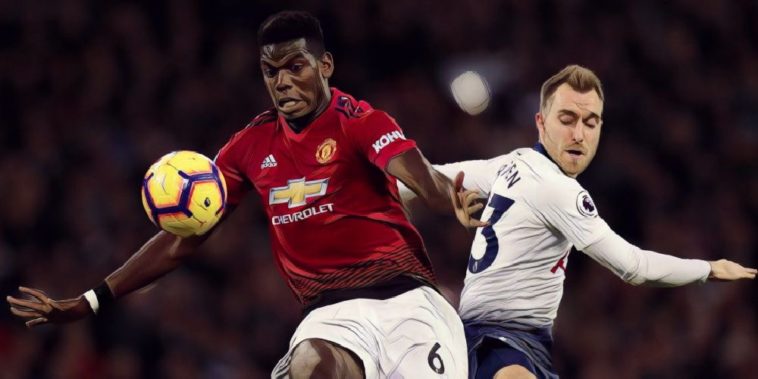 Real Madrid are said to be ‘considering’ a January move for Tottenham’s Christian Eriksen, though the clubs priority remains a deal for Manchester United star Paul Pogba.

The Spanish giants were keen to bolster their midfield options throughout the summer and were linked with both players, however, manager Zinedine Zidane’s preference was always believed to be a deal for compatriot Pogba.

Madrid were unable to meet the £150 million valuation placed on the 26-year-old after a heavy summer investment on the likes of Luka Jovic and Eden Hazard, but despite Manchester United‘s reluctance to sell their prized asset, Zidane believes Pogba’s desire for a move to Spain makes a deal possible.

However, Real Madrid president Florentino Perez is believed to prefer a move for Spurs star Eriksen, with the Madrid chief keen to capitalise on the 27-year-old’s contract situation.

Eriksen has entered the final year of his deal in North London and, according to ESPN, the club believe a fee in the region of €30m should be enough to take the Dane to the Bernabeu in the winter window.

With Eriksen having shown no indication he is willing to extend his deal at the club, Spurs are likely to sanction his sale in January rather than risk losing him on a free transfer in the summer.

However, according to the report, one stumbling block could be Eriksen’s preference for a summer move, as he would likely be able to command a higher signing-on bonus in the absence of a transfer fee.