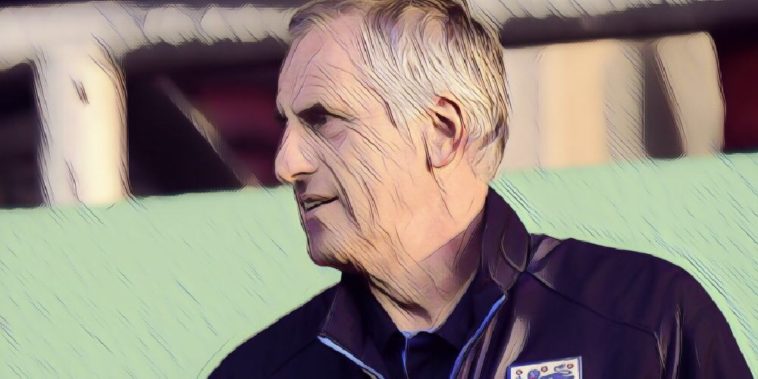 Liverpool legend Ray Clemence says that Liverpool will need to keep on spending if they are to overtake Man City, saying that Jurgen Klopp’s side ‘have to go up another level’.

The Merseyside giants enjoyed a terrific campaign both domestically and in Europe last season, with their Champions League final win over Spurs in Madrid rounding off a fine season.

In the Premier League, they only lost one game, finishing with an incredible 97 points, but that still wasn’t enough, with Pep Guardiola’s side reclaiming their title by a solitary point.

Having won five league titles and three European Cups of his own between 1967 and 1981, ex-Liverpool and England goalkeeper Ray Clemence says that his former side must continue to strengthen if they are to overtake their North West neighbours.

“The thing is – and Liverpool and Klopp will know this better than anyone – you’ve got to keep trying to get better,” Clemence told The Mirror.

“What they did last year was great, but they still finished second and I’m sure City will be looking to improve. For Liverpool to keep up, they need to make purchases as well. They have to go up another level because of the way City play.

“They got 97 points, lost one game all season and came second. That’s just incredible and it’s why I’m delighted they won the Champions League. To have won nothing would have been unbelievable.

“For the football club – and Jurgen – the longer it went on without winning anything, despite playing so well, the pressure would have got more and more and more. Klopp was allowed four years, which a lot of managers wouldn’t have been given if they didn’t win something.

“He was allowed that time because the board and fans realised what he was trying to do.

“Now they’ve got the monkey off their back, they’ve won something. I know myself that doesn’t mean it becomes easier the following year. Because you’ve won something, other clubs are even more determined to try and beat you. But at least you know you can do it now – and you know how you did it.”

The Reds have only made one signing so far, with young Dutch defender Sepp van den Berg joining for around £1.3m from PEC Zwolle.

This week in football transfers – AWB to United, Celtic get Connell, and Brighton’s game-changer