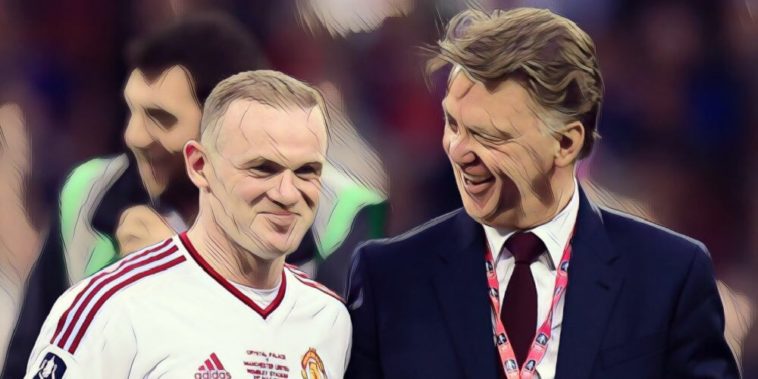 Wayne Rooney has said that Louis van Gaal is the best coach that he has ever worked with.

The former England captain enjoyed 13 highly successful seasons at Old Trafford, winning five Premier League‘s, one FA Cup, one Champions League, one Europa League and three league cups, with the majority of his success coming under the legendary tenure of Sir Alex Ferguson.

Since Fergie’s departure in 2013, things have undoubtedly gone drastically downhill for Manchester United, with David Moyes, Louis van Gaal and Jose Mourinho all failing to re-establish the club as title challengers.

However, the Croxteth born forward was in no doubt that Louis van Gaal was ‘by far the best’ manager he has ever worked with, highlighting the eccentric Dutchman’s attention to detail and tactical nouse.

“Van Gaal is by far the best coach I have worked with – one hundred per cent,” Rooney told Dutch newspaper, De Telegraaf.

“His tactical skills, his way of preparing and his attention to the finest of details, I found amazing. I admired that in him. I had never looked at stuff like that before.”

Rooney has recently reaffirmed his own managerial ambitions, and he has said that when he does take the plunge into management, he will certainly be using some of LVG’s techniques.

“Van Gaal knows that the way he works is tough for players. I made him aware of that at the time and we talked about this very well together,” he added.

“I regret how it all ended, yet I know one thing for sure – I have learnt a lot from him and I am definitely going to use those lessons for when I am a manager.”