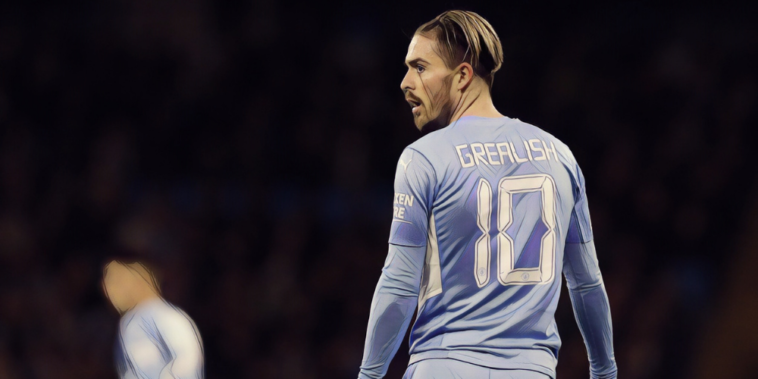 Business is open for Premier League sides with the January window in full swing, though it has proven a rather modest transfer period so far given the huge spending by England’s elite in recent seasons.

Transfer fees are on a seemingly never-ending upward trajectory and the Premier League has led the way across Europe’s major leagues, the division’s sides splashing huge sums on a whole host of exciting imports.

Big money has not always guaranteed big success, however, and with the transfer window open we’ve decided to assess the impact of each side’s record signing.

Arsenal smashed their transfer record to sign Nicolas Pepe from Lille in 2019, with the winger having become one of the most sought-after talents in Europe after a series of brilliant performances in Ligue 1.

He scored 22 goals and provided 11 assists in his final season in France, but has been a huge disappointment since moving to the Premier League with only flashes of his talent and a host of inconsistent performances.

A strong end to last season – in which he scored 10 goals from 16 league starts to finish as runner-up for the club’s Player of the Season accolade – raised hopes of a turnaround at Arsenal, but he has fallen out of favour this term and has failed to score across only five league starts.

Having tumbled down the pecking order, his future appears away from North London.

Buenda arrived at Aston Villa with big expectations last summer, having been sourced as the club’s Jack Grealish replacement after his performances in Norwich’s promotion season.

The Argentine midfielder has failed to truly find his feet at Villa Park so far this season, but there have been glimpses that Buendia is adjusting to his new surroundings in recent weeks.

Steven Gerrard will be hoping there is more to come from Buendia, who scored 15 goals and provided 16 assists to be named as the Championship’s Player of the Season in 2020/21.

Brentford’s impressive recruitment has been the catalyst for their rise in recent seasons, with the Bees spending a record £13.5m to sign Kristoffer Ajer from Celtic last summer.

The centre-back had impressed during five seasons in Scotland and has fitted in with ease at Brentford despite an extended spell on the sidelines with a hamstring issue.

Now back to full fitness, his return is a welcome boost to Thomas Frank as Brentford look to consolidate themselves at Premier League level.

Brighton have proven there can be good value when shopping in the second tier, with Adam Webster having been a mainstay in the side since his £20m arrival from Bristol City.

The centre-back has been one of the first names on the team sheet since his arrival at the Amex, with his aerial presence a threat at both ends of the pitch for the Seagulls.

Webster’s absence this season with calf and hamstring issues was notable during Brighton’s winless run, his return to the side having coincided with an upturn in results for Graham Potter’s team.

Burnley’s record transfer fee is the third-lowest in the Premier League, having spent £15m each on the signings of Chris Wood and Ben Gibson.

Wood proved a reliable source of goals and reached double figures in four consecutive campaigns to become Burnley’s record scorer in the Premier League, before his sale to Newcastle this month after the Magpies activated his release clause.

Chelsea’s search for a centre-forward saw the west Londoners spend £97.5m to re-sign Romelu Lukaku last summer, having allowed the Belgium international to leave the club as a youngster.

Lukaku has scored goals prolifically across his career but has endured an underwhelming start since returning to Chelsea, scoring just eight goals in 22 appearances in all competitions.

His ill-advised interview with Italian media has also failed to endear him to the Chelsea support and Lukaku needs to do more to ensure his second stint in the capital is a success.

Crystal Palace spent big to sign Christian Benteke from Liverpool in 2016, with the forward having endured a difficult single season on Merseyside after his high-profile arrival from Aston Villa.

Benteke hit the ground running to score 15 league goals during his debut season, but scored just six across the following three seasons as the Belgium international lost form and confidence.

He returned to prominence last season to reach double figures once again, though a return of 35 goals in 157 league appearances is a modest record for a forward who once terrorised defences at Villa Park.

Just one of a number of poor signings from Everton in recent windows, with the club’s woeful recruitment having left the Toffees struggling near the bottom of the Premier League this season.

Signed for £45m after an impressive spell at Swansea, Sigurdsson’s contribution proved limited as he largely failed to replicate his previous productivity across four seasons at Goodison Park.

Rodrigo arrived as Leeds’ record signing following the club’s return to the Premier League last season, but the Spain international has proven an underwhelming purchase from Marcelo Bielsa.

The 30-year-old arrived with a modest goal record and it’s one he has failed to significantly improve at Leeds, scoring just nine times in 38 league appearances.

He spent much of his first season in midfield given the performances of Patrick Bamford and has failed to suitably impress despite Bamford’s absence this season, scoring just two league goals.

Leicester secured the record arrival of Youri Tielemans from Monaco after the midfielder impressed during a loan spell at the King Power Stadium.

The Belgian rose to prominence at Anderlecht before an indifferent spell in Ligue 1, but has since developed into one of the Premier League’s best midfielders since signing for the Foxes.

The midfielder has been a #PL mainstay ever since ✨ pic.twitter.com/AliblEC08K

Tielemans scored a stunning final winner as Leicester won the FA Cup last season and has been a central figure in their recent challenges for Champions League qualification, with a whole host of leading clubs reportedly interested in prising him from the Midlands.

Arguably the signing that transformed Liverpool from nearly-men to winners of major trophies, the Reds made Virgil van Dijk the most expensive defender in history during the 2018 January transfer window.

Since then Liverpool have reached two Champions League finals – winning the latter against Tottenham – and ended the club’s 30-year wait for a league title after winning the Premier League in 2019/20.

Van Dijk has established himself as one of the best centre-backs in world football and was named as the PFA Player of the Year in 2018/19, becoming just the third defender to win the accolade in the Premier League era.

Grealish has somewhat struggled with the transition from leading light to supporting cast at the Etihad, managing just four goal involvements in 15 league appearances so far this season.

The England international has the technical talent to thrive under Pep Guardiola, but will need to significantly improve on his performances across the opening months of his City career.

Few footballers have divided opinion quite like Paul Pogba in recent seasons, with the midfielder’s time at Manchester United having often resembled a circus.

Brilliant on his best days and anonymous on his worst, the added narrative of a controversial agent and continued speculation surrounding his future have done little to enhance his reputation amongst the Red Devils’ support.

The world’s most expensive footballer at the time of his arrival, it’s difficult to recall a sustained run of match-winning moments from a talent who has continually flattered to deceive.

He has also failed to agree terms on a new deal and could walk away from the club for nothing this summer.

Mike Ashley’s maligned ownership of Newcastle has meant the Magpies have been reluctant spenders across the past decade, with the £40m signing of Joelinton from Hoffenheim having come as somewhat of a surprise.

The Brazilian was signed as a centre-forward but has struggled to score goals in the Premier League, scoring just seven in 87 appearances for the club to date.

The 25-year-old has shown notable signs of improvement after moving to a midfield position in recent weeks and could prove a fine option there in the long term, but it’s impossible to ignore the overall disappointment of his opening two-and-a-half seasons at St James’ Park.

Norwich made Christos Tzolis their record signing after securing a £10m deal for the talented teenager last summer, bringing the Greece international to Carrow Road from PAOK.

Tzolis has made just three league starts this season, however, failing to register a single goal or assist in that time.

He did impress with some valuable contributions in the EFL Cup this season and the 19-year-old looks set to be a long-term investment for the Canaries.

Southampton’s signing of Danny Ings proved shrewd business, gambling on the forward after an injury-plagued period at Liverpool.

Ings joined on an initial loan deal before a permanent £20m switch, scoring 22 league goals to finish as runner-up for the Premier League’s Golden Boot during the 2019/20 season.

He scored 41 league goals in 91 appearances for the Saints before joining Aston Villa in a £25m deal last summer, earning Southampton a profit despite having just a year remaining on his contract at St Mary’s.

Tanguy Ndombele reportedly had Europe’s leading clubs interested in signing him from Lyon, though each will no doubt feel as if they’ve dodged a bullet based on his showings at Spurs.

The £55m signing has failed to make an impression under four different managers in North London, with the flashes of talent having been all too infrequent for a player who has been a major disappointment.

Ndombele’s future looks set to be away from Spurs with Antonio Conte understood to be prepared to allow the 25-year-old to leave, his exit set to come at a significant loss for the club following their record investment.

Watford caused a shock with the £40m signing of Ismaila Sarr from Rennes in 2019, the fee more than double the Hornet’s previous transfer record to sign Andre Gray from Burnley (£18.5m).

Watford had spotted a talent in Sarr and despite relegation during his debut season, the Senegal international starred with 13 league goals to fire the club back to the Premier League at the first attempt.

The 23-year-old is electric at his best and is rumoured to have attracted interest from the likes of Liverpool and Manchester United, each having considered a sizeable bid to sign the speedster in recent windows.

Sebastien Haller’s goalscoring exploits for Ajax have captured the attentions of the football world, not least those at West Ham who will be baffled to see Haller’s heroics in Amsterdam.

The Ivory Coast international struggled to make an impression at the London Stadium, scoring just 10 goals in 48 appearances and often looking laboured before being allowed to leave for Ajax at a vastly reduced fee.

He has since scored 33 goals in just 45 games for the Dutch side, including becoming the first player to score in each of their first six Champions League appearances and just the fourth to score 10 or more goals in a group stage campaign.

Fabio Silva’s exciting emergence at Porto saw Wolves splash out on the teenager, adding the forward to the healthy contingent of Portuguese players at Molineux.

Despite his record-breaking feats in Portugal – including becoming Porto’s youngest ever league player and goalscorer – he has struggled to find his feet at Wolves and has just four goals in 50 appearances in all competitions.

Still just 19, he has time to turn his fortunes around but it’s been an underwhelming first 18 months in England for Silva.