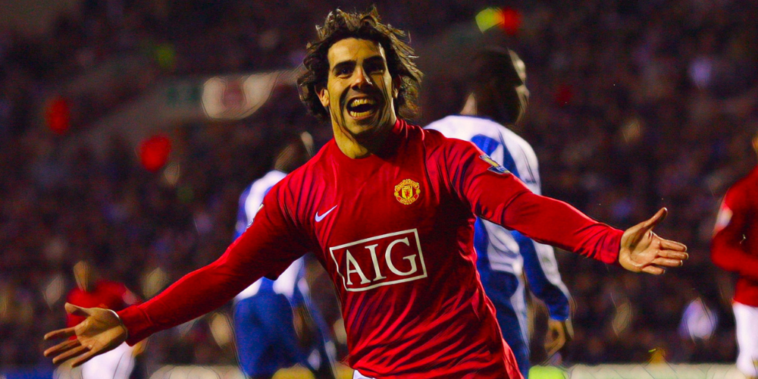 Manchester United have reached an agreement with Ajax to sign Lisandro Martinez, with the defender set to become the club’s second signing under Erik ten Hag.

The Argentina international was a key figure under the Dutchman at Ajax, where he was named as the club’s Player of the Season following their Eredivisie title success in 2021/22.

Martinez will become the eighth Argentinian to have represented the Red Devils and ahead of his arrival at Old Trafford we’ve decided to look back at the club’s past stars from South America.

Here is our verdict on every Argentinian to play for Manchester United.

Manchester United broke the British transfer record to sign Juan Sebastien Veron in 2001, spending a record-breaking £28.1m to sign the midfielder from Lazio.

Veron had been a stand-out star during spells at Parma and Lazio, inspiring the latter to the Serie A title during the 1999/2000 campaign.

Expectations were high, but Veron struggled to adapt to the demands of the Premier League. Faced with competition from Roy Keane and Paul Scholes in midfield, he proved an awkward fit with his best performances often coming in the slower-tempo of European encounters.

Beckham on the bench? Veron stepped up 🎯#MUFC #GoalOfTheDay pic.twitter.com/B41tBLvvkC

Such was the criticism of the marquee arrival, Sir Alex Ferguson launched into a memorable defence of the midfielder with an expletive-laden rant.

Veron spent two seasons with the Red Devils and scored 11 goals in 82 appearances, before an underwhelming short spell at Chelsea.

Gabriel Heinze became the second Argentinian to represent the Red Devils, signing from Paris Saint-Germain in the summer of 2004.

The combative defender became an instant fans’ favourite at Old Trafford and was named as the Sir Matt Busby Player of the Year during his debut campaign.

Comfortable at left-back or centrally, he suffered a serious knee injury during his second season before losing his place in the side to Patrice Evra.

"I don't remember anything else…"

Frustrated, he soured his relationship with the club after trying to force a transfer to Liverpool, events for which he later admitted his regret.

“I took the decision and, looking back, I regret it because it meant leaving a great club and their supporters. I was aware of the rivalry [with Liverpool], I knew the risk of going from Manchester to Liverpool and what it means. I hope it doesn’t tarnish the way they [the supporters] see me and they will remember the three years I had in the team.”

Despite the manner of his exit, Heinze was a fine footballer for the club and appreciated on the terraces, where the chant “Ar-gen-tina!” regularly echoed around Old Trafford.

The Argentina international had been a shock signing in east London, but shone during the season’s run-in to propel the Hammers away from the bottom three.

His first season with the Red Devils saw Tevez form a brilliant front three alongside Wayne Rooney and Cristiano Ronaldo, as United won a Premier League and Champions League double in 2007/08.

He added a second Premier League winners’ medal the following season and scored 34 goals in 99 appearances for the club, before following in the footsteps of compatriot Heinze with an acrimonious exit.

After deciding to leave the club, Tevez signed a contract with cross-town rivals Manchester City and spent four seasons on the blue half of Manchester, winning both the Premier League and FA Cup.

United spent £59.7m to sign the winger as the club looked to relaunch their project in the post-Sir Alex Ferguson era, but within a year the marquee man had packed his bags and headed for pastures new.

Unable to settle in England, Di Maria scored just three goals and a bright start faded fast. Just one season after his arrival, he joined PSG for a discounted fee of £44m.

Committed and chaotic in equal measure, Rojo was perhaps the archetypal South American stopper, one whose performances were almost entirely impossible to predict.

He signed from Sporting Lisbon in a £16m deal in 2014, but struggled to nail down a regular role in the side.

FA Cup, League Cup and Europa League medals all arrived, though he missed the latter triumph through injury. After 122 appearances in all competitions he joined Boca Juniors, having fallen out of favour at Old Trafford.

For a man who made just seven league appearances for the club, it’s fair to say Sergio Romero is held in quite the esteem.

The goalkeeper joined the club on a free transfer from Sampdoria in 2014 and spent six seasons with the Red Devils, providing reliable competition and cover for David de Gea in goal.

Romero was viewed as arguably the best number two in the Premier League, with the vast majority of his 61 appearances coming in cup and European competition.

Having won 96 caps for Argentina at international level, he was high quality and low maintenance, the ideal characteristics for a number two goalkeeper.

Alejandro Garnacho will hope for further first-team opportunities next season, having earned his first two appearances for the senior side in 2021/22.

The 18-year-old was the star of the Red Devils’ FA Youth Cup triumph last season, where he scored 14 youth team goals – including two in the final win over Nottingham Forest at a packed Old Trafford – and four in four caps for the Argentina u-20 side.

Called into the senior Argentina squad in March, he is a talent that Erik ten Hag will want to nurture in the coming seasons.