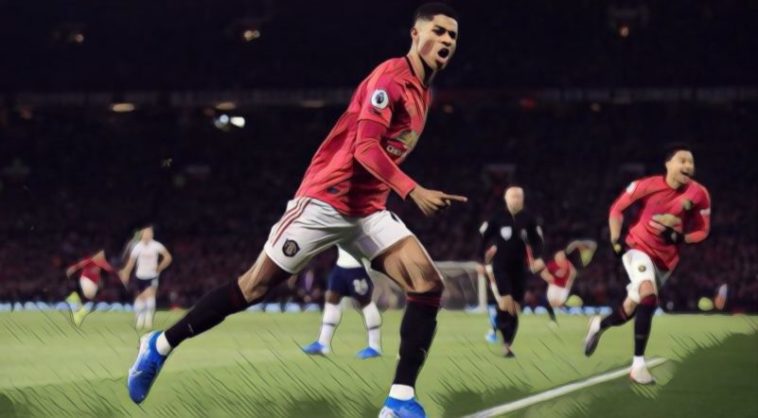 Manchester United’s stunning record of turning players from their academy into first-teamers will be in full evidence when Everton visit Old Trafford.

Sunday’s fixture will represent the 4,000th consecutive game when a player from United’s academy will be in the first-team squad.

22-year-old attacker Marcus Rashford is currently the most high profile academy graduate within the Manchester United squad and the in-form England international has opened up about how he came to join the club he supported as a boy.

”Yeah. Before I came to United, there was a lot of clubs [including Manchester City and Liverpool, as well Everton, Newcastle, Crewe and Accrington Stanley]. We supported Manchester United but my mum didn’t know much about football,” Rashford told the BBC.

”It was my brothers, really, who managed to categorise good academies from bad academies, The final decision came down to which club I loved and wanted to play for? United was perfect.

Manchester United will celebrate 4000 consecutive games with an academy player in their match-day squad against Everton on Sunday. [the athletic] #MUFC pic.twitter.com/GuxX7iLNwS

”It was everything that you wish for as a kid. Whether you leave the club or you stay here forever, people say once you play for United you’re always a red and for me that’s true.

Rashford has revealed that as soon as youngsters join United the process of moulding them into potential future stars begins.

”The academy holds a huge place in United’s history. They mould you into a Manchester United person or a Manchester United player. But the process begins before you can even remember. There are people who have been there since they were five or six. I was having fun until I was about 11 or 12.

”You don’t realise how good you can be or the potential you have. You are just having a kickabout with some kids you have grown to like and have become friends with through football. Looking back on it, the stuff we used to do in training, that is how the process started in becoming a Manchester United player.”