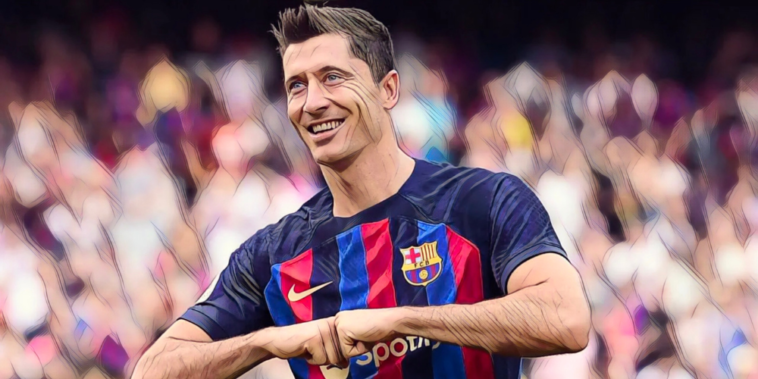 Europe’s top five leagues are beginning to take shape after a fascinating start to the season, one which has seen a number of great goalscorers hit the ground running.

Erling Haaland has made an immediate impact since arriving into the Premier League this summer, with the Manchester City forward top of the division’s goal chart after a brilliant start to the campaign.

Haaland has headlined the early part of the Premier League season, but where does the Norwegian rank in comparison to the leading scorers across Europe?

Here are the top scorers in each of Europe’s top five leagues so far this season.

Union Berlin are the surprise early pacesetters at the top of the Bundesliga, having made an unbeaten start to the campaign.

Urs Fischer’s side – who finished fifth last season – have won five and drawn two of their seven games, including a 1-1 draw with perennial champions Bayern Munich, who trail the league leaders by five points.

The club’s success comes despite selling last season’s leading scorer Taiwo Awoniyi to Nottingham Forest during the summer, with Sheraldo Becker having stepped up to fill the void.

The Suriname international has six goals for the season, already two more than he managed across the entire of last season. He has formed an excellent partnership with Jordan Siebatcheu, who has three goals of his own since arriving from Young Boys during the summer.

The duo have been in fine form for the capital club who will hope to continue upsetting the odds this season.

Marko Arnautovic has put the transfer rumours linking him with Manchester United behind him to start the season in spectacular form for Bologna.

The 33-year-old scored 14 league goals for the Italians last season, after returning to European football from a spell in the Chinese Super League.

The Austrian has been in superb form over the opening weeks, despite Bologna’s struggle for results. The Serie A side have taken just six points from their opening seven games, with Arnautovic having scored all but one of the club’s goals.

Without his contribution, Bologna – who recently announced Thiago Motta as their new manager – would be without a point.

Neymar has began the season in scintillating form for Paris Saint-Germain, with the form of the club’s superstar front three raising hopes of Champions League success.

The Brazilian has been blighted with fitness issues for much of his time at the Parc des Princes, but appears close to his very best level after a stunning start to the season.

Neymar has scored eight goals in eight Ligue 1 appearances, one more than teammate Kylian Mbappe in the race to finish as France’s leading scorer.

The 30-year-old also has seven assists, a figure no player across Europe’s top five leagues can better. His 25 chances created are also the most across those top leagues, level with Manchester City midfielder Kevin De Bruyne.

No player in Europe's top five leagues has more assists than Messi or Neymar this season 🔥 pic.twitter.com/QRocvseeHJ

Neymar has faced plenty of criticism across his five seasons at PSG, but when fit and on form there are few players capable of matching his levels. He has provided 179 goals and assists in 155 appearances for PSG in all competitions.

Robert Lewandowski was one of the major movers of the summer transfer window, as he ended his goal-laden career with Bayern Munich to sign for Barcelona.

The setting might have changed for the Poland forward, but it’s been much of the same for one of the greatest goalscorers of all time. Lewandowski has scored eight goals in just six La Liga games for Barcelona this season, moving him clear of Borja Iglesias and Iago Aspas as the league’s leading scorer.

He also celebrated his first Champions League appearance for the Catalans with a hat-trick against Viktoria Plzen.

Lewandowski finished as the Bundesliga’s top scorer on a joint-record seven occasions, including the last five seasons in succession. He will be hoping to add the Pichichi Trophy to his individual haul, while a third consecutive European Golden Shoe – a feat only Lionel Messi has previously achieved – is also in his sights.

The Norwegian scored twice on his Premier League debut for Manchester City and has failed to stop scoring since, blanking in just one of the champion’s seven league games.

Erling Haaland is the only player in Europe's top five divisions to score 10+ league goals so far this season. 🤖 pic.twitter.com/yZo3pR3ake

The last seven winners of the Premier League’s Golden Boot – including ties for the accolade – have won the award with 23 goals or less. Seven games into the season and Haaland is almost half-way to that total, while he is already a third of the way to Mohamed Salah’s divisional record (32).

English football’s star signing of the summer has lived up to his billing.