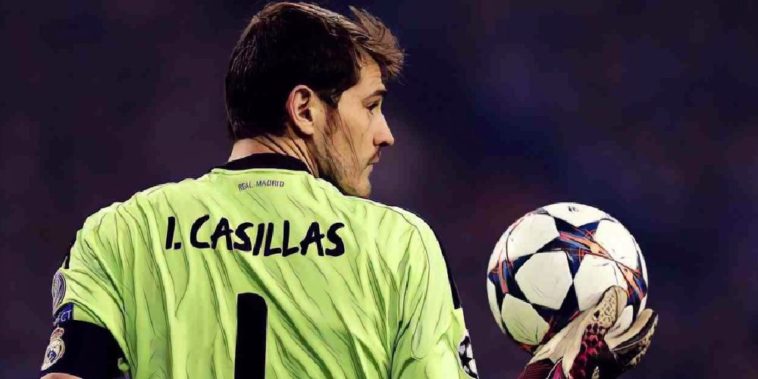 The UEFA Champions League annually pits together the world’s finest footballers, with only a fortunate few getting their hands on the famous old trophy.

Each successful side needs players capable of making the difference against the rest of Europe’s elite, whether that’s scoring a vital goal or – often crucially – preventing one at the other. The presence of a leading goalkeeper is invaluable to the hopes of any side looking to reach the latter stages, a player capable of saving his team in the defining moments.

As we enjoy this week’s quarter-final fixtures of the competition we’ve decided to look at some of the greatest goalkeepers of past seasons, here are the five goalkeepers to have kept the most clean sheets in Champions League history:

Part of a home-grown contingent which formed the spine of arguably club football’s greatest ever side, Victor Valdes came through Barcelona’s famed La Masia academy system before starring during a glittering period for the Catalan side.

The former Spain international spent more than a decade in the first-team at Barcelona and made more than a century of appearances in continental competition for the side, winning the Champions League on three occasions.

Valdes was in goal as Frank Rijkaard’s side defeated Arsenal to claim a long-awaited European crown in 2006, before forming part of an all-conquering side under the guidance of Pep Guardiola, beating Manchester United in both the 2009 and 2011 finals.

Only four goalkeepers have ever made more Champions League appearances than Valdes, whilst he also sits fifth for the highest number of clean sheets amongst Europe’s elite.

Petr Cech holds the record for the most clean sheets in Premier League history and sits comfortably amongst the best shot-stoppers in European competition, the former Chelsea and Arsenal goalkeeper having amassed 47 clean sheets in the Champions League throughout in his career.

Cech spent the best years of his career at Stamford Bridge with Chelsea and was part of the side which regularly reached the latter stages, before helping the Blues become the first London side to win the Champions League in 2012.

The former Czech Republic international starred during Chelsea’s run and produced one of his most iconic displays against Bayern Munich in the final, memorably saving an Arjen Robben penalty to keep the scores level in extra-time, before making stops from Ivica Olic and Bastian Schweinsteiger in the shoot-out to crown Chelsea champions of Europe for the first time.

Edwin van der Sar’s career saw him become the only goalkeeper in history to win the Champions League with two different clubs, with no player having ever had a longer gap between two successes, Van der Sar first lifting the trophy with Ajax in 1995 before winning the competition as a Manchester United player 13 year later.

The goalkeeper reached consecutive finals with Ajax during the mid-nineties, before later playing in three finals in just four seasons during a memorable spell at Old Trafford, forming part of the side which defeated Chelsea in the first all-Premier League final in 2008.

Amongst the greatest players never to have won the Champions League, Gianluigi Buffon’s well-documented near misses in European competition are a sad narrative for a player many regard as the finest goalkeeper of all-time.

Buffon has reached the final on three occasions but finished on the losing side in each, firstly by the lottery of a penalty shoot-out to Italian rivals AC Milan at Old Trafford in 2003.

The Bianconeri legend also captained Juventus to two finals in the past five seasons, but the Old Lady’s hopes of a first Champions League title since the mid-nineties were ended by Barcelona and Real Madrid respectively.

Only one goalkeeper has ever kept more Champions League clean sheets than Buffon’s 51, but time appears to be running out for the 42-year-old if he is to finally win Europe’s biggest prize.

The record holder for Champions League clean sheets is former Real Madrid captain Iker Casillas, the goalkeeper having cemented his legacy with his performances in European competition.

Casillas became the youngest goalkeeper in history to win the Champions League in 2000, forming part of the Real Madrid side who beat Spanish rivals Valencia in Paris just four days after his 19th birthday.

No player has ever made more appearances in the Champions League, Casillas racking up a record 177 games in the competition during spells at Real and later Porto, keeping an all-time record of 57 clean sheets.