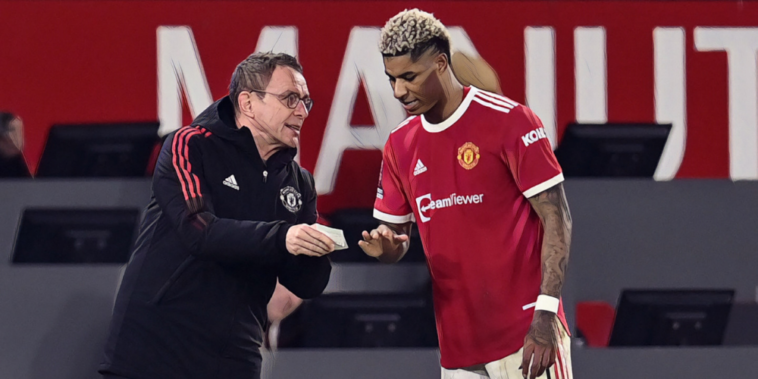 Ralf Rangnick says Marcus Rashford has ‘an abundance of talent’ and has reiterated his belief in the Manchester United forward.

Rashford has endured a difficult season with the Red Devils and was left out of the starting side for last weekend’s Manchester derby defeat to Manchester City, despite the absence of several senior forwards.

The 24-year-old has started just two of the club’s past eight games in the Premier League and has been linked with an exit after a challenging campaign, though Rangnick has insisted he retains belief in the England international.

Speaking ahead of Manchester United’s clash with Spurs at Old Trafford tomorrow evening, the German says Rashford needs to replicate his training performances in games to earn a regular role in the side.

“To play on the same level he trains. This is all, we spoke about that a week ago, two weeks ago in a press conference,” Rangnick told his pre-match press conference when asked on what Rashford needs to do.

“Marcus is training well, he’s got an abundance of talent, he’s got almost everything you need for a modern striker, it’s about transforming the performance of the training sessions into the regular games.”