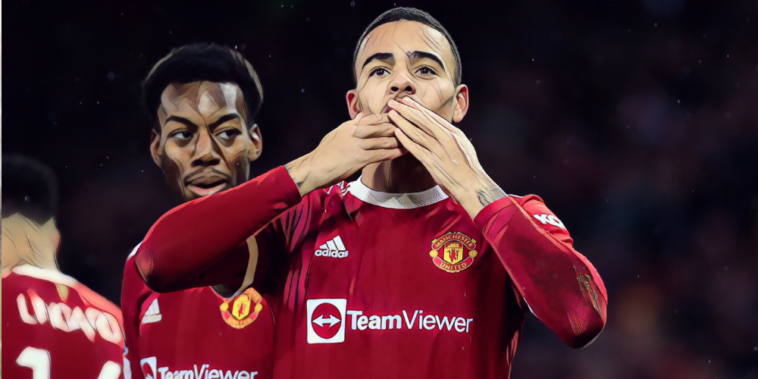 Ralf Rangnick is keen to develop Mason Greenwood’s ‘massive talent’ and turn the Manchester United forward into an ‘athlete’.

Greenwood opened the scoring during the Red Devils’ Champions League dead-rubber with Young Boys, scoring a stunning acrobatic effort as United were held to a 1-1 draw at Old Trafford.

The 20-year-old was handed a chance to impress in a rotated side, starting in a centre-forward role and impressing with his sharpness around the penalty area.

Rangnick was full of praise for the youngster following his performance, though believes Greenwood needs to ‘develop physically’ to reach the next level.

The German is keen to work with Greenwood over the coming months and ensure the academy graduate fulfils the potential of his ‘massive talent’.

“I think today he also showed not only the quality because of that beautiful goal, but also the way that he set up the opportunity for Juan Mata was brilliant,” Rangnick told his post-match press conference.

“He’s a massive talent – left foot, right foot, good on the ball. Also the way that he set up the goal for Fred on Sunday, so it’s about continuity.

“He has to develop physically but technically for his age he is a great player. My job is to develop him, to make an athlete out of him and if he manages to do that, he can become a regular player for this club.”