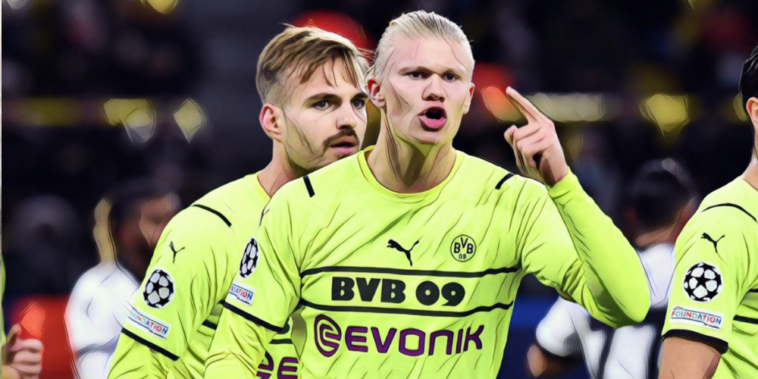 Mino Raiola says he has ‘clear ideas’ regarding Erling Haaland’s next club as Europe’s leading clubs compete to sign the Borussia Dortmund forward.

Haaland is set to be the centre of a transfer tussle between Europe’s elite this summer, with the forward possessing a release clause of €75m that will become active at the end of the current campaign.

The Norway international has scored a stunning 74 goals in just 72 appearances since signing for Dortmund from Red Bull Salzburg in 2020 to become arguably the most in-demand talent in world football.

Each of the Premier League’s richest sides have been linked with signing the 21-year-old and the player’s agent, Mino Raiola, has revealed he has ‘clear ideas’ over what the future holds for Haaland.

“We have clear ideas about where Erling should go and of course we look at what the market has to offer,” he told Sport1. “I would be a bad advisor if I didn’t.

“We can influence the market with a player like Erl. We are not influenced by the market. We know this.

“I changed the transfer market with my players. We consultants have created a second game alongside football: calciomercato [Italian for transfer market]. Now we talk about a game two days a week and five days about transfers.

“Maybe the sports directors hate me. I don’t hate anyone myself. I just do my job.”