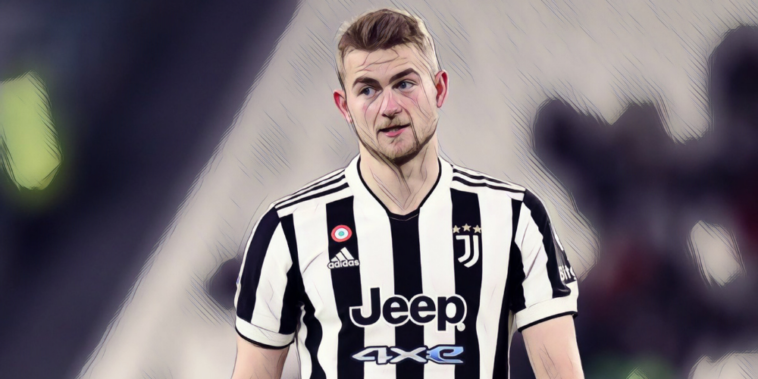 Mino Raiola says Matthijs de Ligt is ‘ready’ to leave Juventus and has named the Premier League as a potential destination for the defender.

De Ligt has been linked with an exit from Juventus as then Italian side look to ease their financial situation, with the Bianconeri having announced major loses during 2020/21.

Juventus have also endured a disappointing start to the new season after seeing their dominant reign as Serie A champions ended last season, sitting seventh in the division at present.

De Ligt – who signed for Juventus in a £67.5m deal from Ajax in 2019 – could be amongst the notable departures from Turin in the coming months and the player’s agent, Mino Raiola, has revealed that the centre-back is ‘ready’ for the next step in his career.

Raiola admits there are only a select group of clubs who could prise De Ligt from Juventus, but says the Premier League is a potential destination.

“(De Ligt) is ready for a new step… he thinks that too,” he told Dutch newspaper NRC.

In a separate interview with NOS, he said: We can all think of the clubs that Matthijs could go to.

“Then you don’t talk about Fortuna Dusseldorf with all due respect. In the summer we have to see if there are clubs on the market.

“That can be the Premier League, but also Barcelona, ​​Real Madrid or Paris Saint-Germain.”