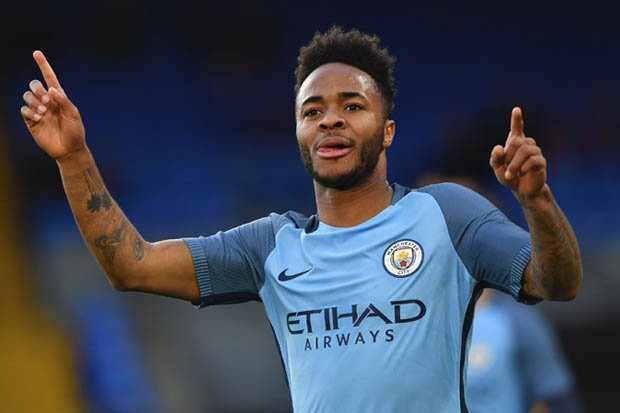 Raheem Sterling has enjoyed a season of tremendous form and maturation so far. But is he the Worlds most hated footballer?

He has taken advantage of support from both manager Pep Guardiola, who places remarkable responsibility on his consistency and pace on the right wing, and playmakers Silva, de Bruyne, and Sané, other crucial attackers on the fierce City counter-attack.

Surely Sterling is a candidate for the Premier League’s Young Player of the Year award, along with compatriot Dele Alli and teammate Leroy Sané, and even the Team of the Season, on account of his heroics? The homegrown winger already is besting his goals and assists tally of last year with eight games remaining in 2016/17.

Despite his accomplishments, the English media seems to demonize Sterling, who once was the League’s most expensive ever transfer. Rather than reporting on his success on the pitch, they criticize even the most harmless details of his personal life.

Reporter Simon Bajkowski for the Manchester Evening News even went as far to say that “the slew of negatives does the job of dehumanizing Sterling, focusing on him as young, black, successful piñata for a group of like-minded people to thrash around in the dark ages, airing their insecurities and grievances with the world.”

In an Instagram post, Sterling himself even commented jokingly on the abuse he suffers from the media: “Please don’t make a story that I haven’t had a haircut in 2 weeks!!!” A funny comment, but an indicator of the abuse he receives.

Perhaps he’s an easy target? After all, many football fans disliked the seemingly immature methods he used to push through his transfer from Liverpool to City in the summer of 2015. The resulting transfer fee of £50m is enough to make the average English reflect on the commercialization of the sport, a source of resentment for many modern supporters. To worsen things, Sterling plays for one of the fiercest rivals of the largest football club in England, which does nothing but hurt his popularity.

More controversially, reporters and pundits like-minded to Bajkowski suggested that Sterling’s race contributes to the creation of his role as both a scapegoat and a disappointment for England. While such a claim might not seem implausible in this day and age, it is hard to either prove the media guilty or make the media admit such a disposition, so this matter remains a question.

In interviews, Sterling presents himself as someone far from the self-centered, reckless “brat” that the media tends to paint him as. Respectful, humble, and even, at times, insecure, the Englishman comes off as completely genuine in his most recent interview last week with The Guardian.

He spoke of the priorities and aspirations of every footballing boy. Pleasing his father and being accepted by his community, working hard and listening to his manager. The disparity between his fabricated reputation and actual disposition is remarkable.

At the very least, Sterling can count on the full and enthusiastic support of City fans. No City supporter fails to notice that his pace and trickery is crucial for City going forward. It shows in big games, too. City lost the last 135 minutes of football against Chelsea and Arsenal combined 3-1 when Sterling wasn’t on the pitch.

Raheem Sterling, remember this: your fans and your club have your back, even when the world is on it!