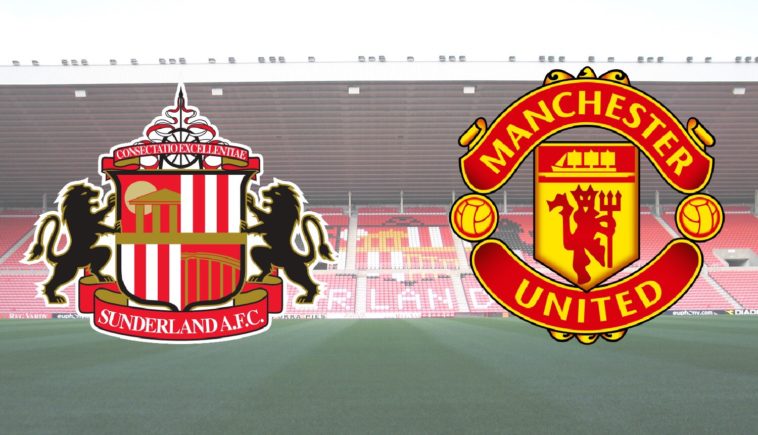 Sunderland host Manchester United at the Stadium of Light in a crucial encounter for both sides.

Importance of this fixture

United have drawn their last two league games at home, dropping four points in the process. Teams around them have capitalised seeing United drop back down to 6th – although top four is still on, meaning United must win in Sunday’s fixture.

Sunderland are struggling and need every point they can get – but just the one may not be enough for the team from the North East, as David Moyes stated it’s a game they must win.

Manchester United’s injury problems continue to mount asAshley Young and Wayne Rooney are out of the game on Sunday. Antonio Valencia will most likely return into the fold after being rested for the game versus Everton this week. Chris Smalling, Phil Jones and Juan Mata are also out, which is no surprise after picking up long-term injuries. Luke Shaw will be hoping to play some part after impressing midweek in his return to the first-team.

David Moyes isn’t the only former-red facing their old team, as Donald Love, John-O’Shea and Darron Gibson may all play a part in Sunday’s game. However, Adnan Januzaj is ineligible to play due to being on-loan from United.

Another ex-Red in Paddy McNair is missing the game through inury, as well as Jan Kirchoff, Duncan Watmore and Steven Pienaar. Positive news for the Black Cats is that both Lee Cattermole and Victor Anichebe returned against Leicester midweek and will look to have an impact tomorrow.

United are on a 20-league game unbeaten streak, but hasn’t seen the Manchester side progress as only half have been wins.

Sunderland have not scored in the last six matches and will be looking to change that in a match where United are not high in confidence at all.

The highlight of the last time these two sides met was the outrageous scorpion-kick scored by Henrikh Mkhitaryan. United were in a great run of form, which saw Zlatan Ibrahimovic and Daley Blind also get on the scoresheet, before Fabio Borini pulled one back in added-time.

Both teams to score and Sunderland to win are at a great price: 20/1.

It really is a must win game for both teams. United have dropped too many points at home this season, which feels like déjà vu saying that. Luckily for them, this one is away. To have any realistic chance of getting top four, they need to win these types of games as they have some hard-away fixtures coming up.

Sunderland, on the other hand, are running out of time as they lay rooted to the bottom of the table, eight points away from safety. However, United don’t concede too many, and Sunderland don’t score many. If United can get an early goal, most would agree it would be game over. A 1-0 win for United.