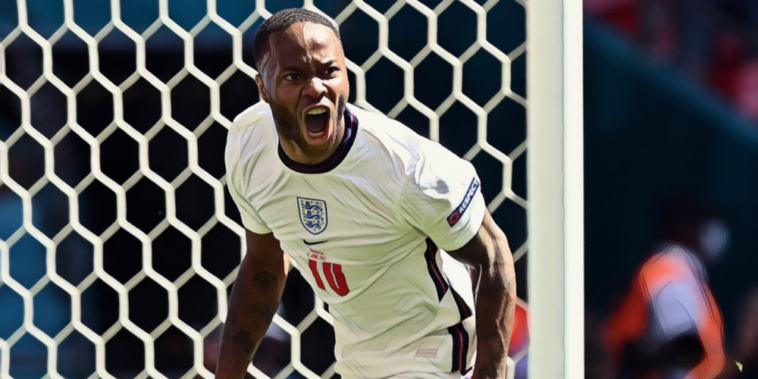 Raheem Sterling is set to discuss his Manchester City future after Euro 2020 with the Premier League champions keen to secure the winger to a new deal.

Sterling’s future has been a source of speculation in recent months following a disappointing individual season at the Etihad, the 26-year-old finding himself out of favour during the second half of the campaign with his goalscoring numbers having dropped from previous seasons.

The England international has two years remaining on his current contract and recent reports have suggested he could be used as a potential makeweight in deals this summer, a move to Tottenham in part-exchange for Harry Kane having been mooted, whilst Arsenal have also been named as a potential destination.

The financial cost of any deal would likely prove problematic for the north London rivals however, whilst the Telegraph are reporting that Sterling is not interested in any such deal and that City are hopeful of securing the star on a new long-term deal.

Sterling scored the winner as England began their Euro 2020 campaign with a 1-0 win over Croatia on Sunday, with the winger having headed into the fixture with question marks over his starting position in Gareth Southgate’s side.

England next face Scotland in their second group fixture on Friday evening as the Three Lions look to secure their place in the knockout stages at Wembley.