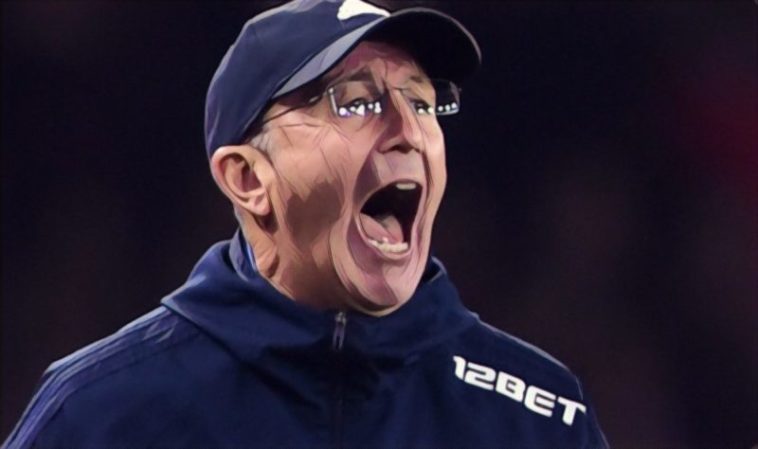 Tony Pulis has slammed former striker Dave Kitson over his claims that he told his players to deliberately injure opponents.

Kitson, who played under Pulis at Stoke, says Pulis pre-match behaviour may have contributed to the horrific leg-break suffered by Arsenal’s Aaron Ramsey in a game between the side’s in 2010.

Writing in his column for The Sun Kitson said: ‘I heard the crack of Ramsey’s leg from the bench, I heard the screaming. And the build-up to the game contributed to this moment.

‘All week I had never seen a manager so desperate to win a game of football, it was bordering on out of control.

‘And, of course, the upshot of all of that energy was that we went over the top and it cost Ramsey a year of his career.’

Pulis, now in charge of Championship promotion chasers Middlesbrough, has moved to dismiss these claims branding Kitson’s comments as ‘ridiculous’.

Speaking to The Telegraph Pulis said: ‘Football is a physical game, but we’ve had one player sent off this season and that was for pulling somebody’s shirt.

‘We’ve not had anyone sent off for bad tackles or violent conduct this season. If you look at my record, I’ve had more than 1000 games [as a manager] and if you look at the stats, none of my teams were the dirtiest in the division. We didn’t have the most yellow or red cards.

‘As for the accusation I would tell my players to deliberately try and injure someone, I won’t dignify that question with an answer, that is just a ridiculous statement, ridiculous… it’s nonsense.’