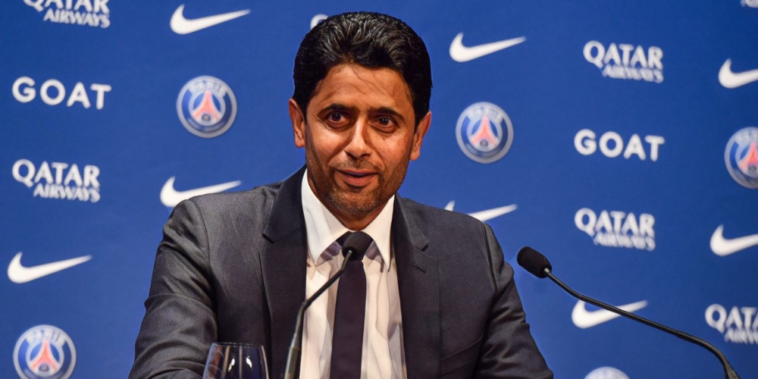 Paris Saint-Germain’s owners have met with Tottenham as Qatar Sports Investments look to invest in a Premier League club.

PSG president, Nasser Al-Khelaifi, is understood to have met with Spurs chairman Daniel Levy to hold discussions as the Qataris look to expand their network into a multi-club model. QSI own PSG and hold a minority stake in Portuguese side Braga, but are looking to expand in 2023.

According to Sky Sports, QSI are targeting further football investment opportunities and a number of Premier League clubs could become of interest.

Spurs have denied talks with QSI, but the north Londoners are continuing to explore naming rights deals for the Tottenham Hotspur Stadium.

Manchester United and Liverpool are also each seeking investment, with the American ownerships of both clubs having invited offers for investment or the entire sale of the clubs.

United co-chairman Avram Glazer has been spotted in Qatar in recent weeks, following the news that the Americans had enlisted the help of the Raine Group to advise on a sale of the Red Devils.

Everton are another Premier League club who are seeking additional investment and could potentially become of interest to QSI.