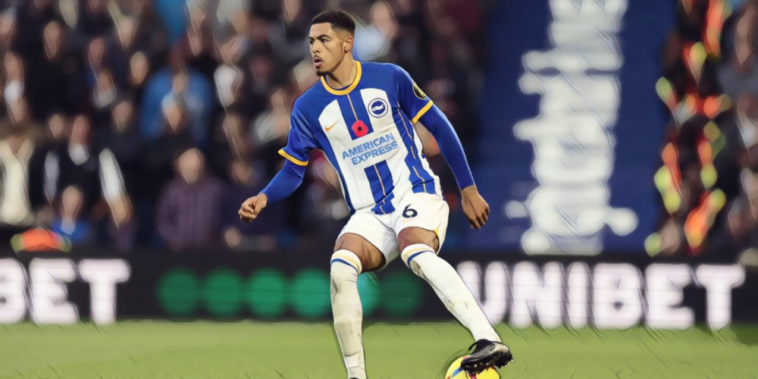 Chelsea view Levi Colwill as part of the club’s long-term plans despite the recent arrival of Benoit Badiashile.

Badiashile is the fourth defender that Chelsea have signed since last summer’s transfer window, with Colwill having departed on loan for Brighton last summer in search of regular first-team football.

He has made ten appearances for the Seagulls in all competitions and has started their last seven games, having earned a run in the side following an injury to Adam Webster.

The 19-year-old starred during a loan spell at Huddersfield last season and The Athletic are reporting that Chelsea want to keep Colwill at the club, despite the increased competition for places.

The England u21 international is yet to make his senior debut for the west Londoners, but featured on the club’s pre-season tour of the United States.

Thiago Silva and Kalidou Koulibaly are both into their thirties, but the recent arrivals of Wesley Fofana (21) and Badiashile (21) are more long-term obstacles to Colwill’s route to first-team football.

Badiashile has signed a seven-and-a-half year contract at Chelsea following his £35m arrival from Monaco and plays in Colwill’s preferred position as a left-sided centre-back.