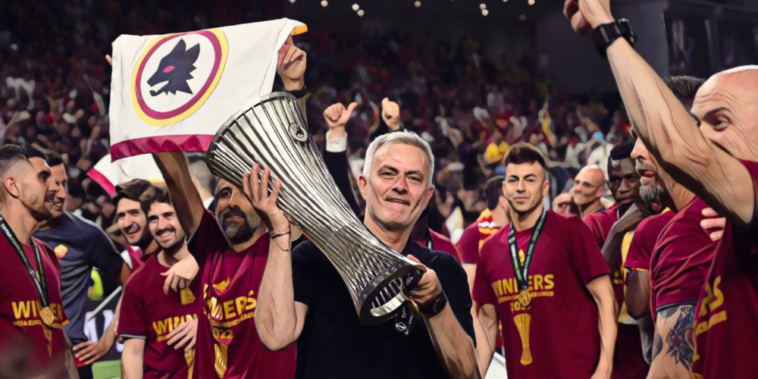 Current PSG boss Mauricio Pochettino has been a dead man walking in Paris for some time now and the Argentine is expected to be relived of his duties in the coming days. Although Pochettino guided the capital club to the Ligue 1 title this season, he has never been a popular figure amongst the club’s fans and he, along with Sporting Director Leonardo, are expected to pay the price for PSG’s Champions League quarter-final collapse against Real Madrid.

Mourinho recently guided Italian side Roma to the Europa Conference League title and according to the Daily Telegraph PSG’s owners are set to try entice the Portuguese coach to Paris once again.

Back in 2015 Mourinho admitted he had twice turned down the Qatar owned club’s advances.

“I know the PSG project well, I know it well because when they start this project with the owner, the president and Leonardo, I was to be the coach,” Mourinho said.

Although any financial package offered to Mourinho would make him one of the highest paid football managers in world football once again, he recently vowed to stay in Rome after guiding the club to European success.

There is also the issue of the current profile of PSG’s star studded squad and how it would react to Mourinho’s demands. Of course, the pure entertainment value of watching Jose demand that Mbappe, Neymar, and Messi track back constantly would be hilarious, it does seem like this is a case of coach and squad looking like chalk and cheese.