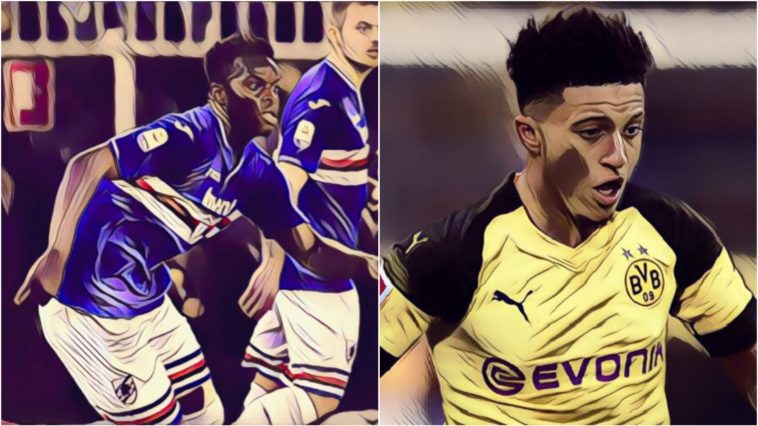 Young English players are becoming more and more likely to try their hand in foreign leagues rather than stay in England.

Jonjoe Kenny recently left Everton to go on loan at Schalke in order to gain precious game time next season. The full-back is unlikely to overtake Seamus Coleman for a place in the team, so the Liverpudlian is following a new trend of English players going to the Bundesliga to get much-needed experience.

Last year Arsenal youngster Reiss Nelson played at Hoffenheim while his teammate Emile Smith Rowe spent the season at RB Leipzig. Reece Oxford, who broke into the West Ham first team at the age of 16 before falling out of favour, made nine senior appearances for FC Augsburg.

German clubs have discovered that there is an abundance of unused talent beneath the surface in English football, and they are willing to take a chance in order to unearth some gems. They aren’t the only ones however, as a number of clubs around Europe made use of the loan system to draft in talented young players, such as Girona with their capture of Patrick Roberts.

Making the breakthrough in the Premier League as an academy player is now so difficult that some are making the kind of decision that would have seemed far-fetched in the not-so-distant past: they’re joining foreign clubs on a permanent basis.

We’ve compiled some of the most exciting young prospects playing abroad here. This list is far from exhaustive, as there are quite a few players trying their luck abroad, but we think these are the ones to keep a close eye on for next season.

The poster child for young English footballers making a name for themselves abroad, Jadon Sancho’s move to Borussia Dortmund two years ago has paid off handsomely.

The 19-year-old left Manchester City in 2017 in order to get more game time so he could progress further. A quick comparison with his former teammate Phil Foden would suggest that he’s improved more than the City midfielder.

Both men were part of England’s u17 World Cup-winning squad two summers ago, but Foden was the one tipped for greatness. There is obviously still loads of time for him to become a Premier League regular, but his example shows the perils of waiting for your opportunity at home.

Sancho made 34 appearances last season, contributing an astonishing 12 goals and 17 assists in his first full season, as well as playing in the Champions League. Foden, on the other hand, featured in 13 league games, but only played 327 minutes in total.

With a name like that, was there any chance of him becoming anything other than a footballer?

Ronaldo Vieira was a regular for Leeds United in the Championship before Sampdoria snapped him up in 2018. The midfielder played 14 times in Serie A last season, totalling just under 600 minutes.

The Derby-born centre-forward left Arsenal last year to join Juventus’ U23 squad on a permanent basis, and scored six goals in 32 appearances in Serie C. Aston Villa, Leeds United and Newcastle United are said to be interested in taking him on loan next season.

Another member of England’s U17 World Cup heroes, Jonathan Panzo made the smart decision to leave Chelsea at the age of 17. Had he stayed, his progress would likely have been stifled like it has for numerous other youngsters coming through the London club.

Although he is yet to feature in a Ligue 1 game, he did play the full 90 minutes in Monaco’s 1-0 win over FC Lorient in the French Cup. Panzo also played every minute of the club’s Uefa Youth League campaign.

There were six English players playing for clubs in the top flight of Dutch football last season, the same amount as there were in the German Bundesliga.

One of those players who has settled in very nicely is Dan Crowley, who provided five goals and seven assists in 34 appearances for Willem II. He was on the books at Arsenal when he went on loan to Go Ahead Eagles, before choosing to stay in the Netherlands permanently in 2017.

The Coventry-born midfielder has attracted the interest of the Republic of Ireland, for whom he is eligible to play for, with his performances in the Eredivisie.