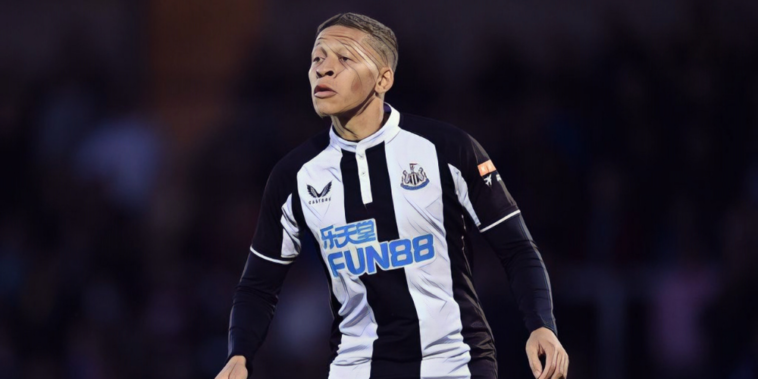 The pressure is rising at Newcastle following reports of a ‘training ground showdown’ between forward Dwight Gayle and assistant manager Graeme Jones.

The duo had to be separated by club captain Jamaal Lascelles following a confrontation at the club’s training ground, with tempers flaring amid a ‘growing dissatisfaction’ among some of the squad with manager Steve Bruce.

Bruce has come under increasing pressure following Newcastle’s winless start to the season, with the Magpies currently second bottom of the Premier League with just a single point from four fixtures.

Bruce insisted on Thursday that he would not walk away from the club despite calls from the fanbase for the manager to leave and sections of the squad are said to be frustrated with his training and management.

According to the Mail, Gayle and assistant coach Jones were involved in a fiery exchange at training, with the former having become disillusioned with his lack of playing time despite signing a new contract at St James’ Park.

Newcastle face Leeds in the Premier League this evening as the Magpies seek their first win of the 2021/22 campaign at St James’ Park.