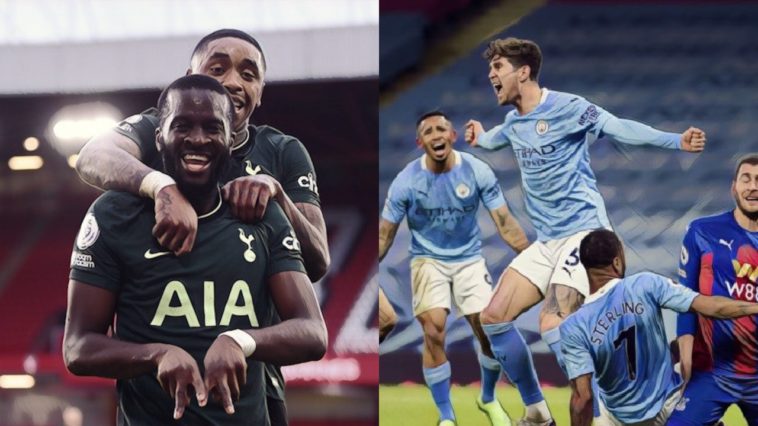 This week we look at Sheffield United remembering what winning feels like, John Stones’ best week in sky blue, Tanguy Ndombele doing a madness, and Ryan Fraser’s moment of madness.

It only took 17 attempts, but Sheffield United finally got their first win of the season and it was great to see.

Meanwhile, Marcus Rashford was casually mentioned in Westminster by Prime Minister Boris Johnson for highlighting the appalling state of some of the free school meal hampers being handed out by Chartwells, the company handling the scheme.

"I am grateful to Marcus Rashford who highlighted the issue…"

Honourable Mention: Ruben Neves scoring from inside the box for the first time as a Wolves player.

The resurrection of John Stones‘ Manchester City career continues apace, as he kept two clean sheets and scored twice in a stellar week for the centre-back.

The former Everton defender put in a solid performance against Brighton midweek before scoring his first Premier League goals for City and first ever brace against Crystal Palace.

Ranking the Premier League managers most under pressure from the sack

From a tight angle Tanguy Ndombele has lifted it over Ramsdale and dropped it right in the bottom corner, with the outside of his foot. Stunning.

We also have to give a special mention to Neal Maupay‘s winning goal for Brighton against Leeds United, a lovely team goal that we would all be gushing over if it was their opponents that did it.

Why Brighton are getting themselves a future superstar in Moises Caicedo

Is there a type of pass that Kevin De Bruyne can’t do? This assist for John Stones’ first Premier League goal for Manchester City is absolute filth.

Fulham can thank Alphonse Areola for their valuable point against Spurs on Wednesday after he made a string of super saves, but the pick of the bunch was his stop from a close range Son Heung-min header.

Conversely, the Cottagers fought gamely against Chelsea on Saturday evening and if it weren’t for Antonee Robinson’s red card just before halftime, they might well have gotten something out of the game.

They also would have increased the likelihood of getting a result in the SW6 Derby if Ivan Cavaleiro could have sorted out his feet, too. The Portuguese found himself in an excellent position to score, but missed the ball, which bounced off his standing leg and went wide. Abysmal.

WHAT A CHANCE ⚪️

There’s a reason why Fulham are looking for a new striker in the January window.

All of David McGoldrick's Premier League goals came against clubs who were in the knockout stages of the Champions League in 2010-11.

To everyone’s surprise on Wednesday evening, Raheem Sterling stepped up to take a penalty against Brighton. And to no one’s surprise, he missed. But the nature of the miss was galling, skying miles over the bar.

The winger did go on to score a magnificent goal from a free-kick against Palace at the weekend, which frankly only serves to confuse matters.

Things have not gone according to plan for Ryan Fraser since moving to Newcastle United thanks to a combination of injury and lack of form. The former Bournemouth attacker idiotically compounded matters when he needlessly chopped down Sheffield United’s David McGoldrick to earn himself a second yellow card.

Just 44 minutes into his return to the starting line-up, Ryan Fraser is sent-off!

The Scot had only been booked minutes earlier, so one can only assume that he either wanted to get sent off or he’s just really that stupid.

See Also: Ranking the Premier League managers most under pressure from the sack