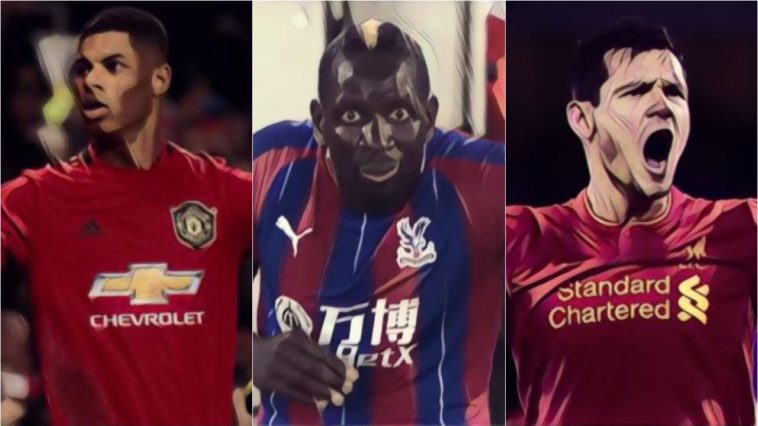 In what might have been an effort to prove his former manager Jose Mourinho wrong, Marcus Rashford put in one hell of a shift against Spurs on Wednesday night.

The Manchester United striker was determined to put as many goals as possible past the visitors, scoring the first goal of the match in open play, nabbing the winner from the penalty spot, and hitting the crossbar in between. It was arguably his best Premier League performance since breaking into the senior side.

It was also fascinating comparing Rashford’s performance with that of his England colleague Harry Kane, who contributed absolutely nothing to the game. Rashford took six shots and had 58 touches of the ball, while Kane had just two shots and 43 touches. Most damningly of all, only one of those touches was inside the 18-yard box.

Whatever Jose Mourinho has been feeding Dele Alli, can we have some of it too? Tottenham Hotspur may have lost 2-1 to Manchester United at Old Trafford, but the midfielder’s resurgence continues unabated. On Wednesday he pulled off a delicious bit of skill to fool the United defence and score the equaliser for Spurs:

It was a very similar goal to the one Josh King scored for Bournemouth over a month ago, United’s last league defeat. For Alli, meanwhile, that’s four goals and one assist in four games under his new manager.

Liverpool‘s third goal in their 5-2 drubbing of Everton was absolutely sublime. Divock Origi’s first touch and finish were top class (who needs Mo Salah?) but the length-of-the-pitch pass from Dejan Lovren could hardly have been better.

Earlier this week Jamie Carragher dubbed Origi a “cult hero” and the “best worst player” the club have had. He’d probably take that if that was his legacy forevermore.

Paulo Gazzaniga was poor for Marcus Rashford’s first goal of the night, but he made a couple of terrific saves on the night as well.

At fault for the first goal, but Gazzaniga is alert TWICE to keep Spurs in it 👏#PLonPrime #MUNTOT pic.twitter.com/22X3jlnj3M

Aaron Connolly has impressed since his promotion to the Brighton senior team from the academy this season, but the Irishman will not want to watch his first-half miss against Arsenal again any time soon. The ball zipped across the front of the goal, and any sort of touch would have put it in the net but Connolly missed it altogether.

In a fairly uneventful contest, Mamadou Sakho‘s red card was the most interesting thing that happened in Crystal Palace’s 1-0 win over Bournemouth. The Frenchman lunged in on Adam Smith early on in the first-half and received his marching orders.

It was surprising to see opinion split over the decision, with some pundits suggesting it should not have been a yellow card, let alone a red. I’m not sure how they came to that conclusion, given his foot is high, studs are showing and he’s caught the other player’s knee. Yes, he got to the ball first, but he did so through dangerous play – how could there be any outcome other than a sending off?

At least Sakho can always say he made history on Tuesday night.

Proud moment for Mamadou Sakho as he becomes the first Premier League player sent off live on Amazon Prime.

Burnley‘s home ground: not as much of a fortress as you might think.

You: Turf Moor is Mordor. You'll need Elvish magic to get a result there.

It must be very hard to be in the blue half of Merseyside these days. The Toffees are in the relegation zones, while that lot down the road are running away with the league.

Marco Silva’s sacking is just the latest event in the club’s tale of constant underachievement, but it would be remiss to place all of the blame for their current state on the Portuguese tactician. Yes, the results have been god awful this season and he was probably well out of his depth. But those running the club have far more to answer for than the departed manager.

The Everton hierarchy – and we’re talking primarily about owner Farhad Moshiri, chairman Bill Kenwright and Director of Football Marcel Brands here – have failed the team and the supporters. Roughly half a billion has been invested in the squad since the British-Iranian businessman took over, but how much of it has been spent wisely?

The club still have not replaced Romelu Lukaku with a proven goalscorer, yet this past summer chose to buy teenage prospect Moise Kean rather than pursue Mario Mandzukic. Kean may well turn out to be a superstar, but he is an investment for the future, not someone who will provide returns immediately.

They also sold Idrissa Gana Gueye, in this writer’s opinion their best and most important player last season, to PSG without adequately replacing him, while the defence is weaker this season than it was last year. Considering the fact that Everton were in a very similar position in the table when they turned to Sam Allardyce two years ago, will their next manager have any better chance of success?