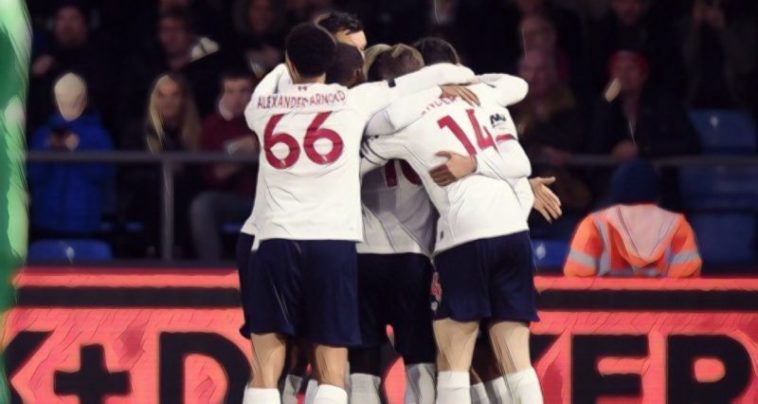 Elsewhere, Jose Mourinho got off to a perfect start as Tottenham manager, whilst Norwich secured a first away win of the season to increase the pressure on under-fire Everton manager Marco Silva.

Here are five things we learned from the Premier League weekend…

Mourinho the key to unlocking Dele?

The Tottenham midfielder burst onto the scene to establish himself as arguably the Premier League’s most exciting young talent four years ago, winning back-to-back PFA Young Player of the Year awards before seeing his progress stall over the past 18 months.

Injuries have hindered his progress, but the midfielder’s stagnation seemed to be in sync with his club’s struggles to freshen up their playing squad.

The big news in the Premier League this week was the sacking of Mauricio Pochettino at the North London side and subsequent appointment of Jose Mourinho, with the three-time title winner securing a win at West Ham in his first game in charge.

A key note from Mourinho’s first victory was the performance of Alli, who thrived having been pushed closer to Harry Kane in his favoured central attacking role. The 23-year-old provided the assist for Son’s opener before producing a brilliantly improvised piece of skill in the build-up to his side’s second goal, a display which will have encouraged both manager and fans alike.

Dele Alli, that is UNREAL 😳

Mourinho and Alli looks like a potential match made in heaven on the surface of things, which could prove a hugely exciting proposition for Spurs in the near future.

Axe looming for a trio of managers

Mauricio Pochettino’s sacking at Tottenham came as a huge surprise to many, but you feel there will not be many left too shocked should Everton‘s Marco Silva, West Ham‘s Manuel Pellegrini or Arsenal‘s Unai Emery receive their marching orders in the coming days.

Everton’s woes reached a new low with a 2-0 home defeat to a Norwich side without an away victory all season, the club’s poor form continuing as they languish in the bottom half. Everton and Silva held realistic ambitions of pushing towards the top six this season, but a toxic atmosphere has emerged at Goodison Park and it is difficult to see how Silva can salvage his situation.

Similarly, Emery’s days at Arsenal look numbered following their 2-2 home draw with struggling Southampton, Alexandre Lacazette rescuing the side from an embarrassing defeat late on. The Gunners have now slipped to eighth in the table and their aspirations of returning to the Champions League look all but over, a poor return following a summer of heavy investment.

Pellegrini is also in danger despite arriving at West Ham amid much optimism, the club are in free-fall and defeat to Spurs made it seven league wins without a win. Like Everton, West Ham thought they were well placed to push the elite this season, but their poor run now means they are just three points outside the relegation places.

Each manager is hardly popular with their respective fan bases, and the growing pressure could soon end in their sackings.

Ok, so maybe this wasn’t something that we learned this week, but Manchester United‘s pulsating 3-3 draw at Sheffield United was another huge example of the club’s lack of quality in the middle of the park.

Further enhanced by the absences of both Paul Pogba and Scott McTominay, Ole Gunnar Solskjaer’s side simply couldn’t cope with Sheffield United, the deficiencies of both Andreas Pereira and Fred horribly exposed against a dynamic three-man midfield.

Outnumbered and outfought, the duo have long been a source of criticism this season and their latest displays were further evidence that they are simply not of the standard required if United are to hold ambitions of challenging at the top.

Ole Gunnar Solskjaer’s tactical flaws in playing the pair against Wilder’s three failed to help, but if there was ever an encounter that screamed United need quality midfield additions – this was it.

3 – Sheffield United are the first newly-promoted side to score three or more goals in a Premier League match against Manchester United since Leicester in September 2014 (5-3). Resolve. pic.twitter.com/cwSGkaMblV

Unless you’re living under a footballing rock you’ve probably all seen the outcry of rival fans that Jurgen Klopp’s side were once again on the positive side of a VAR decision, after the technology disallowed James Tomkin’s opener for Crystal Palace during a tricky afternoon at Selhurst Park.

Crystal Palace manager Roy Hodgson refreshingly admitted afterwards he had no problems with the decision after Jordan Ayew was adjudged to have pushed Dejan Lovren, but it was yet another slice of luck for the league leaders whose fortunes this season look ominous for the rest of the challengers.

However, what isn’t luck is the character of the European champions who continue to find a way to win.

Not for the first time this season, Liverpool emerged with three points despite not being at their very best and once again left it late to seal victory, Roberto Firmino bundling home the scrappiest of goals with just five minutes left to play.

Their seemingly impregnable mentality and relentlessness secured another precious three points to maintain their lead at the top, and whisper it quietly, but the club are beginning to look like champions.

Wolves flying under the radar?

It wasn’t so long ago that the talk was of Wolves being unable to juggle their Premier League and Europa League commitments, having begun their league campaign in disappointing fashion after a gruelling qualification process in Europe.

Their squad labelled too thin, it was widely thought that they would be unable to match last season’s strong domestic season.

Fast forward a couple of months and Wolves are flying-high in fifth, their victory at Bournemouth making it eight league fixtures unbeaten, with Nuno Espirito Santo’s side having moved ahead of the likes of Arsenal and Manchester United.

Qualification for the Europa League knock-out stages is also all but assured ahead of Thursday’s trip to Braga, the club having found form and momentum in recent weeks.

Having claimed plenty of plaudits last term, Wolves are flying under the radar somewhat this season, a situation the club will no doubt be happy with as they look to continue their remarkable progress.