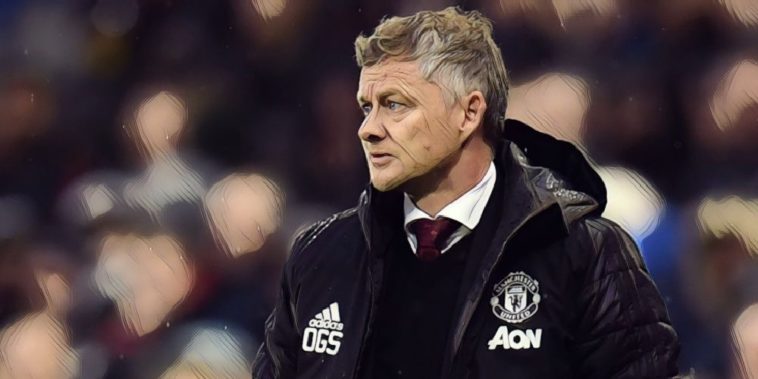 Ole Gunnar Solskjaer has slammed the performance of his side at Sheffield United, admitting the club ‘were nowhere near a Man United team’ during the pulsating 3-3 draw on Sunday.

Manchester United were very much second best for much of the contest during a topsy-turvy encounter at Bramall Lane, falling behind to goals from John Fleck and Lys Mousset before mounting a second-half comeback.

Three goals in a seven-minute spell would see United come-from-behind to lead, only to concede a dramatic late equaliser as Oli McBurnie rescued Chris Wilder’s side a last-gasp point.

Following the clash, Solskjaer was critical of his side’s display, blasting United’s lack of desire as they were outfought by the rampant hosts, admitting he would have made 10 substitutions at half-time if he could.

“I was angry, disappointed, you had to wake them up,” Solskjaer said. “You had to do something about it. I could have changed every player at half-time, apart from the keeper.

“It wasn’t about tactics. It was about the desire first half, getting first to the ball, tackling, winning challenges. Sometimes tactics go out of the window.

“You have to earn the right to win a game and we didn’t have any right to win the game after 70 minutes. We were nowhere near a Man United team.”

Asked how worried he was about a perceived lack of hunger within his team, Solskjaer added: “It’s not about a lack of desire… maybe it is that confidence in themselves.

3 – Sheffield United are the first newly-promoted side to score three or more goals in a Premier League match against Manchester United since Leicester in September 2014 (5-3). Resolve. pic.twitter.com/cwSGkaMblV

“I don’t doubt them wanting to win but sometimes young players don’t know how to win challenges like this. We’ve learned a lot today – I’m sure they have. Release the fear, play with belief and confidence.”

The draw saw United slipped to ninth in the Premier League, with the club next returning to action against Astana in Kazakhstan in the Europa League on Thursday night.