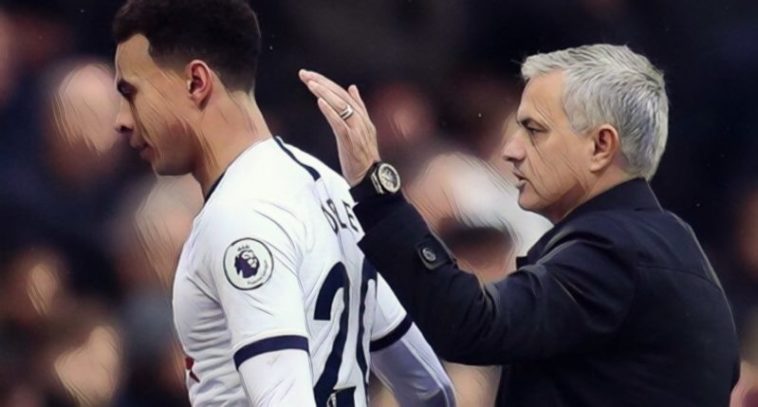 League leaders Liverpool left it late once again to maintain their advantage at the top, with Leicester leading the charge behind Jurgen Klopp’s side after recording a fifth successive league win.

Elsewhere Manchester City leapfrogged Chelsea after defeating Frank Lampard’s side at the Etihad, and Jose Mourinho instantly ended Tottenham’s away day woes with a London derby victory at West Ham.

With a fine weekend of football behind us, here is The Football Faithful‘s Premier League Team of the Week…

A huge result for Daniel Farke’s struggling side, who registered their first away win of the season to defeat Everton at Goodison Park.

Norwich capitalised on the unrest at the Merseyside club to secure a crucial 2-0 victory, though goalkeeper Krul played his role in securing just the club’s second clean sheet of the season.

Burnley have quietly impressed over the opening weeks of the season, with victory at struggling Watford lifting Sean Dyche’s side above Manchester United and Arsenal to seventh in the Premier League.

Key to their 3-0 success at Vicarage Road was centre-back Tarkowski, who scored his first goal since December of last year in a comfortable away win. It was a second successive shut-out for Tarkowski and the Burnley backline, the 27-year-old will be hoping his recent form can result in an England recall.

Manchester City‘s defensive worries have been well documented, with veteran midfielder Fernandinho having been utilised in an unfamiliar centre-back role for the majority of the season.

Despite their struggles on occasion, the Brazilian international has coped admirably in the role and was impressive in the club’s vital 2-1 win over Chelsea on Saturday evening, dealing with the threat posed by the in-form Tammy Abraham and bringing a composure to the champion’s defence.

He is so fast and our build-up is perfect. He has the quality to make the play in that position in front…"#MCFC pic.twitter.com/tq7cqIcD9H

Solid and dependable, the defender’s return to the Norwich side brought a security to their backline that has seldom been seen in recent weeks.

Returning ahead of schedule from a foot injury, the German made a huge difference to the club’s shaky defence as they kept just a second clean sheet of the season to win 2-0 at Everton.

Zimmermann’s long diagonal passes out from the back also brought a new dimension to Daniel Farke’s side, who will hope to use the three points as a springboard to move away from danger.

The classy midfielder was the star of the show as Wolves won at Bournemouth on Saturday, with the Portugal international dictating the play as Nuno Espirito Santo’s side stretched their unbeaten run to eight successive Premier League fixtures.

The veteran’s audacious free-kick opened the scoring at the Vitality Stadium, in a win that has lifted Wolves to fifth in the division. After a disappointing start many felt the added commitment of the Europa League would have a negative impact on the Black Country club, but they’ve shown that they possess a strong enough squad to juggle both competitions.

Moutinho gave the club a welcome boost by signing a new deal last week, securing the future of the 33-year-old whose £5m move from Monaco is one of the best pieces of business the club have done.

The Belgian enjoyed a blistering start to the new season before seeing his form dip somewhat, though the visit of former club Chelsea was enough to coax the best from De Bruyne once more.

The Manchester City midfielder was at the heart of his side’s display as they came from behind to beat Frank Lampard’s young side, with the 28-year-old netting the equaliser with his third league goal of the season.

The three points proved vital for City and kept them within nine of runaway leaders Liverpool, ahead of an important run of fixtures that will see the club face both Manchester United and Arsenal in the coming weeks.

Is Mourinho the man to help Dele Alli rediscover his best form?

The Spurs star has disappointed in recent times and has lost his place in the England squad as a result, though his performance in the club’s win at West Ham this weekend hinted he could soon return to the displays which made him arguably the most exciting young talent in the division.

Pushed closer to Harry Kane in his favoured central attacking role, Alli was at his best at the London Stadium as he continually drifted into dangerous areas.

The 23-year-old would provide the assist for Son Heung-Min’s opener in the 3-2 victory, before performing a brilliant piece of improvised skill on the touchline in the build-up to Lucas Moura’s second.

Alli had lost his way in recent months, but his first performance under the new manager showed promise.

That is SO good! 😍👏pic.twitter.com/Hdr35KtH6n

Restored to the starting XI after failing to make it off the bench in each of the club’s past four league games, Mahrez delivered a reminder of his quality and was Manchester City’s most dangerous attacking threat against Chelsea.

The Algerian winger scored a brilliant winner to secure a precious three points for City, who bounced back from defeat at Liverpool last time out with victory at the Etihad.

Mahrez has now been involved in 10 goals in his 11 starts for Pep Guardiola’s side in all competitions this season, and will hope for increased involvement following his latest showing.

A rare consistent performer despite Tottenham’s struggles this season, the South Korea international once again showed why he is so important to the North London side.

Son would open the scoring in the club’s 3-2 win over West Ham, before turning provider for Lucas Moura to double the club’s advantage.

Few players in the Premier League possess Son’s blend of attacking flair and relentless work-rate, the forward producing another electric display, and he is likely to be a key figure in the Mourinho reign.

Not for the first time this season, the Sheffield United forward makes our Team of the Week after a brilliant display in the club’s thrilling 3-3 draw with Manchester United at Bramall Lane.

The French forward arrived in the summer with much to prove, but has found a home under Chris Wilder this season and impressed once again this weekend.

The 23-year-old would bully the hapless Phil Jones in the build-up to Sheffield United’s opener, before scoring a superb second after latching onto John Fleck’s pass.

Mousset has now scored three goals and provided three assists in his past five league appearances, a brilliant return from a forward thriving in new surroundings.

Lys Mousset has scored more goals in 🔟 #PL apps for @SheffieldUnited (4) than he managed in 58 outings for AFC Bournemouth (3)#SHUMUN pic.twitter.com/APby9HqSc6

Once again Liverpool’s talisman, Mane would score his eighth league goal of the season to put Jurgen Klopp’s league leaders ahead in their 2-1 victory at Crystal Palace.

So often this season it has been the Senegalese star who has delivered when Liverpool need it most, the forward once again their most dangerous attacking threat and surely amongst the early favourites to be named as Player of the Year.

It’s been an impressive start to the season for the Merseyside club as they chase an elusive league title, and Mane has perhaps been the club’s star man thus far.