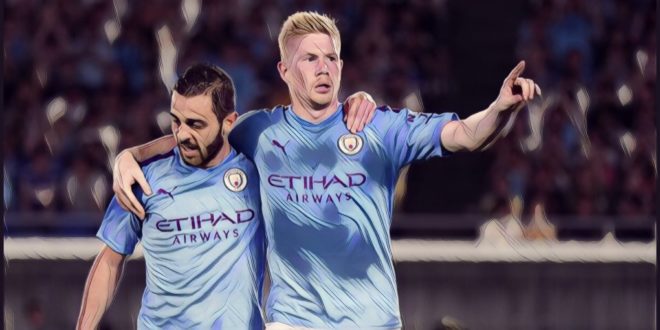 Pass Masters: The Premier League teams with the most passes so far this season

The opening fixtures of the new Premier League season have given fans a first look at their side’s chances of a successful season.

New signings and styles are in the early stages of being implemented and fans across the country are always keen to see their team play attractive passing football, but which sides are the Premier League’s pass masters?

Jurgen Klopp’s table toppers have made 2,128 passes over the opening four fixtures of the new season, helping the European champions to a 100% record with wins over Norwich, Southampton, Arsenal, and Burnley.

Virgil van Dijk recorded the second most passes in the division last season but it is full-back Andy Roberson leads the way for the Merseyside club so far this season, the Scotland international’s 290 passes the equal-seventh highest in the Premier League.

Manchester United may have won just once in their opening four league fixtures but they feature highly in terms of the Premier League’s most prolific passers, having made 2,216 passes for the season so far.

Paul Pogba, Harry Maguire and Victor Lindelof all feature highly in the individual rankings, the trio each in the top seven for Premier League players with the most passes.

United have dominated position in all but one of their fixtures so far, remarkably only conceding the majority of the ball in their sole victory, the opening day 4-0 win over Chelsea at Old Trafford.

New Chelsea manager Frank Lampard has been given credit for handing youth a chance during a transitional period for the club, whilst the former Blues favourite seems to be encouraging a passing style with the club sitting third for passes in the Premier League.

Results may suffer, as seen by dropped points at home to Leicester and Sheffield United in recent weeks, though the fans are likely to be more patient with a club great.

Pass master Jorginho, the most prolific passer in the Premier League last season, surprisingly sits outside the top 15 for individuals, with centre-back Kurt Zouma the club’s top passer so far.

The pressure may be increasing on Spurs following an indifferent run of results, though Maurico Pochettino’s side have stayed loyal to their passing style.

Centre-back Toby Alderweireld and England midfielder Harry Winks lead the way for the North London side, making 307 and 301 passes respectively so far.

Tottenham have dominated possession at home but conceded the majority of the ball away so far, their highest total being 81% possession during the shock home loss to Newcastle on August 25.

Unsurprisingly it is the champions who top this list, having begun the new season in ominous form so far.

Pep Guardiola’s pass masters have enjoyed the lion’s share of possession in each of their four fixtures so far, their highest being 74% of the ball in their 3-1 win at Bournemouth.

Aymeric Laporte is both City’s and the Premier League most prolific passer so far, the French defender having made a league-high 324 passes. Full-back Oleksandr Zinchenko also features highly and makes the top 10, for a City side who look to be at their dominant best.