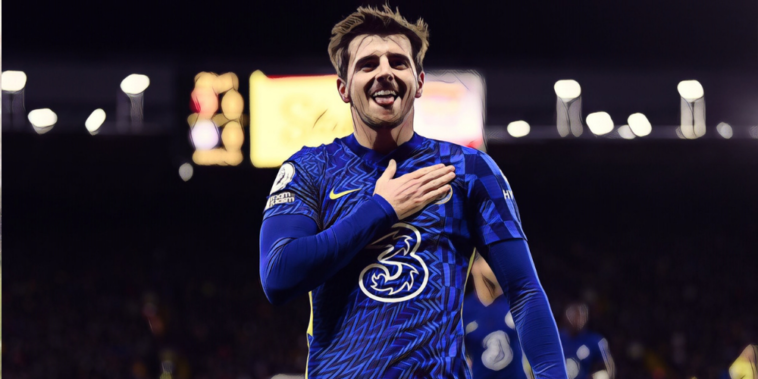 Each week we delve through the Premier League’s weekend action and compile our divisional Team of the Week, with the traditionally hectic festive schedule beginning with a midweek round of fixtures.

Liverpool piled the pressure on former manager Rafael Benitez after recording an emphatic Merseyside derby win at Everton, whilst Manchester United came from behind to beat Arsenal 3-2 as new interim manager Ralf Rangnick watched on from the stands.

Elsewhere, Newcastle remain without a win after being held by Norwich, whilst both Manchester City and Chelsea continued their title challenges with hard-fought wins at Aston Villa and Watford respectively.

Relatively untroubled as Wolves secured a goalless draw with Burnley, but Sa was alert to the limited danger the visitor’s possessed and showed excellent distribution throughout.

The Portuguese goalkeeper has quickly become an integral figure since replacing Rui Patricio as number one during the summer, keeping five clean sheets and earning a nomination for Wolves’ Fans’ Footballer of the Year award.

It’s now back-to-back clean sheets for Marcelo Bielsa’s side, who held the Eagles goalless at Elland Road with Stuart Dallas central to their success in containing the visitors.

The right-back dealt well with the threat of Wilfried Zaha all evening in a back-and-forth clash between the pair, bringing endless energy and making six tackles – including dispossessing the winger with his head whilst taking a tumble.

Influential at both ends of the pitch as Manchester City ended Steven Gerrard’s perfect start at Aston Villa, Dias opened the scoring in unfamiliar fashion with a sweeping finish from outside the box.

The Portugal international was on hand to thwart a Villa attack in the moments after his opener and marshalled the visitor’s defence in familiar fashion, a commanding presence at the heart of Pep Guardiola’s side.

Dias was typically strong in the air and on the ground as he led a reshuffled backline for the champions at Villa Park.

Thrust into the clash with Norwich after just nine minutes following Ciaran Clark’s red card, the defender was a solid presence as 10-man Newcastle earned a point at St James’ Park.

Fernandez made several vital interceptions and blocks for the Magpies, and forced the penalty for Newcastle’s goal when his headed effort was blocked by a Norwich hand.

Eddie Howe was full of praise for the Argentine, who had failed to even make the bench for the club’s previous five Premier League games.

“He’s a real leader of the group, he’s a really respected figure and I think he proved he is an outstanding player,” Howe said. “He performed magnificently today”.

Robertson’s return to form continued with a display of endless energy against Everton, the full-back marauding forward down the left and dovetailing brilliantly with Sadio Mane.

The Scotland captain created the game’s opening goal with a clever cut-back for Jordan Henderson, whilst he claimed a second assist after threading a pass into Diogo Jota’s feet for the Reds’ fourth.

Rarely troubled by Andros Townsend at the other end, this was a performance in which the 27-year-old showcased the best of his dynamism and forward threat.

The driving force of an impressive Merseyside derby victory for Liverpool, Henderson ensured his side got off to a perfect start at Everton with a fierce first-time strike to open the scoring from the edge of the area.

The England midfielder assisted the second with a weighted pass in behind for Mohamed Salah and was excellent throughout, proving an influential presence both on and off the ball.

A goal, an assist and an all-round dominant display from @JHenderson in the derby 👌 pic.twitter.com/u5EPPnJLi4

Henderson’s combinations down the right-hand side with Trent Alexander-Arnold and Salah have caused no shortage of teams problems and Everton struggled to live with their vibrant threat throughout.

Mason Mount stood up for Chelsea on a testing evening at Watford, with Thomas Tuchel believing the the league leaders were fortunate after escaping from Vicarage Road with three points.

Mount fired the west Londoners into the lead after emphatically converting Kai Havertz’s cut-back, before showing good movement and awareness to drift wide and tee-up the winner for Hakim Ziyech.

The 22-year-old was his side’s best player on an evening where the Blues performed below expectations and is now Chelsea’s joint-leading league scorer after netting his fourth of the campaign.

It’s becoming a rarity that our weekly features pass without some form of tribute to Bernardo Silva, the Manchester City midfielder in the midst of a superb run of form this season.

Bernardo was brilliant again in the win over Aston Villa, setting the tone for the visitor’s press and sealing three points with a thumping first-time hit on the volley.

It was a glorious goal from start to finish for the Premier League champions, showing class and calm to navigate out of trouble deep inside their own half, before Bernardo capped the counter in special style.

The Portugal international is the perfect conduit between midfield and attack for Guardiola’s side, gliding across the pitch in possession and scampering to close down defenders without it.

The Egyptian’s incredible levels are rapidly becoming routine with Salah having now scored or provided an assist in 12 consecutive league fixtures, his haul standing at 21 goal involvements from just 14 appearances.

Each of Salah’s goals at Everton were taken in clinical fashion, a fashion which has become expected for arguably the division’s leading light.

Diogo Jota has taken to his role as Liverpool’s number nine in fine fashion, proving a menacing presence for Everton throughout and taking his haul to four games in just three fixtures.

There is an argument that Jota has now superseded the injured Roberto Firmino in the Reds’ first-choice front three, such has been the quality of his finishing, movement and intensity off the ball.

The Portugal international took his goal – his eighth of the league season so far – in clinical style, a clever touch to leave Allan in his wake before lashing home inside Jordan Pickford’s near post.

Ronaldo returned to the starting side for Manchester United and again proved his side’s match-winner against Arsenal, scoring twice in the second half as the Red Devils came from behind to beat Arsenal.

After an anonymous first-half performance, Ronaldo stepped up with a superb finish – incredibly his 800th career goal for club and country – to level the scores, before emphatically slamming home a penalty to seal a 3-2 win at Old Trafford.

It will be fascinating to see how the watching Ralf Rangnick utilises the forward as he prepares to begin his role as interim manager, Ronaldo still the man the Red Devils will want chances to fall to and an elite match-winner when opportunities come his way.