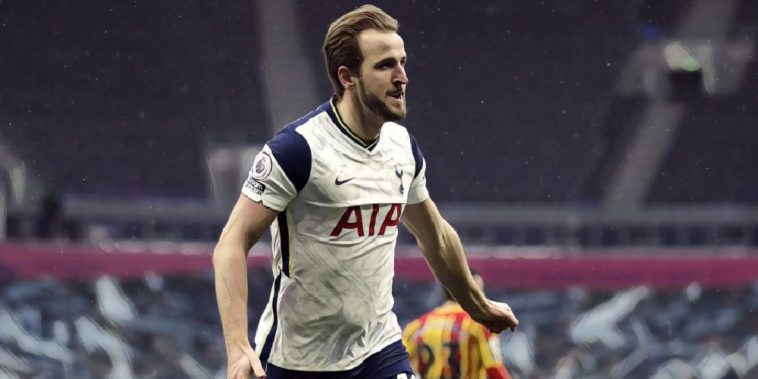 Manchester City outlined their title credentials with an emphatic dismantling of defending champions Liverpool this weekend, with Pep Guardiola’s side extending their winning run to 10 consecutive league wins in an ominous sign to the rest of the division.

The first Manchester-Merseyside clash of the weekend ended in a thriller as Everton snatched a stoppage-time point at Manchester United, whilst Thomas Tuchel’s reign at Chelsea continued with another win at Sheffield United and Tottenham returned to winning ways by beating West Brom.

Elsewhere Mike Dean stole the headlines at Fulham, whilst Newcastle edged Southampton in an entertaining contest at St James’ Park to move further clear of a bottom three beginning to get cut adrift.

Brighton secured an invaluable point at fellow strugglers Burnley to remain above the Clarets and 10 points clear of the Premier League’s bottom three, securing a 1-1 draw at Turf Moor following a fine performance from goalkeeper Robert Sanchez.

The 23-year-old has broken into the senior side this season following lower-league loan spells at Forest Green and Rochdale, seizing his position as number one with several strong displays.

The Spaniard made a string of saves at Burnley and showed bravery on several occasions by throwing himself in front of the ball to deny the likes of James Tarkowski and Ashley Barnes.

Sanchez could have perhaps done better with the goal after parrying a fierce shot centrally, but proved to be the Seagulls’ saviour on several occasions and relieved plenty of pressure with a commanding aerial performance.

Amongst Tottenham’s brightest players as they sought to break the deadlock against West Brom, pushing forward from right-back and finishing the first half with the most crosses, most chances created, most take-ons and most shots on target after testing Sam Johnstone with a header.

The Ivorian linked well with the north Londoner’s attacking players as he pushed forward down the right and offered a constant outlet, before being forced off with an injury with 20 minutes remaining.

Jose Mourinho will hope the problem is not too serious after a positive performance from Aurier helped Spurs return to winning ways this weekend.

Stand-in centre-backs have dominated the headlines further up the division but Newcastle’s own makeshift defender impressed once more in an unfamiliar deeper role this weekend.

Hayden was asked to deputise at centre-back again for the Magpies due to their injury crisis and has handled the positional change admirably, the midfielder solid throughout in the win over Southampton and stepping out confidently in possession.

The 25-year-old stood strong as nine-man Newcastle held on desperately in the closing stages, making six clearances to secure a 3-2 victory and a valuable three points for Steve Bruce’s side.

Aston Villa bounced back from their midweek defeat to strengthen their push for European football with a 1-0 victory over Arsenal on Saturday lunchtime, edging a close-fought contest following another solid defensive display.

Mings was strong throughout in a game that suited the strengths of the England international, dominating Alexandre Lacazette and leading the Aston Villa defence by example by winning headers and making several vital blocks.

The 27-year-old – alongside Emiliano Martinez and Ezri Konsa – has formed the axis of a defence which has laid the foundations for Villa’s impressive season to date, keeping 10 clean sheets from just 21 league fixtures to raise hopes of securing continental qualification.

James Justin’s impressive season continues with the full-back having been amongst Leicester’s most consistent performers during the current campaign, his goal and clean sheet at Fulham coming as part of another assured display at Wolves.

The 22-year-old stepped in in the absence of Ricardo Pereira this season but has now cemented himself as an automatic starter for Brendan Rodgers, comfortable on either flank and possessing all the attributes needed for a modern attacking full-back.

Justin was strong during the goalless draw at Wolves as he largely nullified the threat of Adama Traore, the youngster’s continued excellence surely moving him in contention to join England’s wealth of full-back options ahead of this summer’s European Championships.

Ilkay Gundogan has emerged as the driving force in Manchester City’s season and bounced back from a difficult start to play a defining role in the club’s biggest performance of the campaign so far.

Gundogan recovered from an awful penalty miss in the first-half to put the league leaders in control at Liverpool, netting the game’s opening goal from close range before restoring City’s lead after Mohamed Salah had equalised from the penalty spot.

Name a PL midfielder more in form than Gundogan 🔥 pic.twitter.com/jjIQsPBUGV

The Germany international’s intelligent forward runs have become a key part of City’s attacking play this season and he took his tally to nine goals in his past 11 league fixtures, this double all but ending the title hopes of the defending champions as Pep Guardiola’s side made a huge statement on Merseyside.

For the second successive weekend Miguel Almiron makes our Team of the Week, the Newcastle midfielder central to his side edging a 3-2 thriller against Southampton at St James’ Park.

Almiron ran himself into the ground for the cause and finished the game with two goals, his first a low strike that deflected off Jan Bednarek before restoring the Magpies’ two-goal advantage after robbing Ryan Bertrand of possession and finishing calmly.

The Paraguayan pressed tirelessly and provides some much-needed energy and spark to a Newcastle side often lacking attacking intent, his performances in recent weeks having helped alleviate relegation fears and the pressure on manager Steve Bruce.

The second of Newcastle’s attacking contingent to make our best XI of the weekend’s action, Allan Saint-Maximin is shifted onto the right-hand side of our midfield with his performance against Southampton too good to ignore.

Callum Wilson’s goals and contribution to the Newcastle cause has been praised in our features in recent weeks, but Saint-Maximin is a player who transforms the style of Steve Bruce’s side and his return to the team can have the Magpies aiming upwards.

The Frenchman was at his exhilarating best against Southampton with the visitors struggling to deal with his speed and skill in wide areas, the 23-year-old full of running in an electric display that saw him finish with two assists.

Allan Saint-Maximin completed seven take-ons in the first half vs. Southampton, already the most any Newcastle player has managed in an entire PL game this season.

The dancing shoes are back on. 🕺 pic.twitter.com/f1UPOSC7aD

Saint-Maximin’s explosive edge provides Newcastle with a different dimension as he unsettles defences with his pace and unpredictability.

Raheem Sterling has not always enjoyed his returns to Anfield in recent years but produced a brilliant performance against his former side this weekend, providing England teammate Trent Alexander-Arnold with no end of problems in a starring display.

The 26-year-old skipped past the right-back and Fabinho to win Manchester City a penalty, before ghosting past Alexander-Arnold effortlessly once more in the build-up to Ilkay Gundogan’s opening goal for the visitors.

Sterling had the beating of the Liverpool backline throughout and nodded home a deserved goal as Pep Guardiola’s side ruthlessly exposed the champions, City securing a 10th consecutive league victory and heading towards a third Premier League crown in four seasons.

The dark clouds were beginning to gather around Tottenham following three consecutive league defeats, though the atmosphere was lifted somewhat following the surprise return of Harry Kane to the side for the north Londoner’s clash with West Brom this weekend.

Kane provided a reminder of his importance to Spurs following his ahead-of-schedule return from an ankle injury, involved in the club’s best-attacking moves throughout as they sought to break down the stubborn visitors.

Unsurprisingly it was the England captain who edged his side in front with a clinical finish for his 20th goal of the season in all competitions, a clinical strike which moved Kane joint-second amongst Spurs all-time record goalscorers.

Kane has now scored a staggering 208 goals in just 317 appearances for the club, with only the legendary Jimmy Greaves having amassed more.

Make no mistake, Phil Foden is a special, special talent and the Manchester City midfielder continued his brilliant record against the Premier League’s top six with a match-winning performance at Liverpool this weekend.

The 20-year-old started in a false nine role and initially looked isolated before growing into the game, Foden captivating when in possession as he glides past opposition challenges in that signature graceful manner.

10 – Phil Foden has now scored 10 goals across all competitions this season; among those in double figures across Europe's top five leagues, only Erling Haaland (20y 201d) is younger than Foden (20y 255d). Generational. pic.twitter.com/ur98MZoSEb

Foden’s saved shot led to the opener for Ilkay Gundogan before the midfielder teed up the German’s second, ghosting past Jordan Henderson in the penalty area before providing his third league assist of the campaign.

The England international sealed a memorable afternoon with a thumping effort beyond Alisson, an outstanding performance from the best young player in the Premier League – bar none.