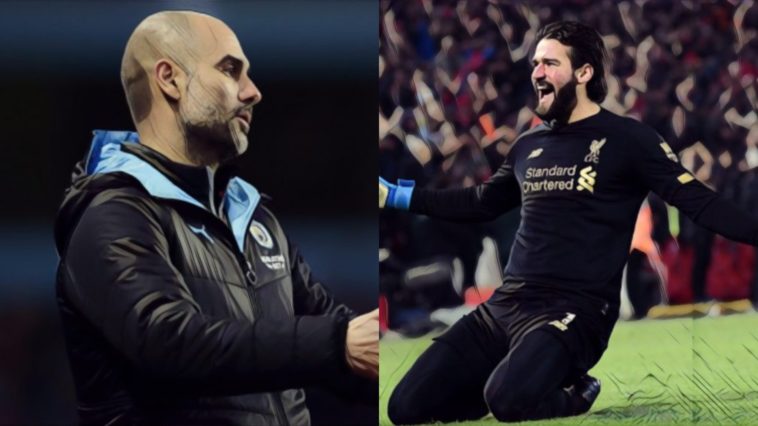 Here are the standout statistics from a bumper weekend of Premier League action, featuring Liverpool’s insanely impressive run of form, Pep Guardiola’s worst birthday ever, Man United’s Fredemption, and why possession counts for nothing sometimes.

Just as Manchester City did last season, Liverpool have now vanquished every opponent they have face in the Premier League this season. Manchester United were the only team up to now to take points from the champions-elect, and created some decent chances in the second-half to do so again on Sunday, but ultimately the Reds just had too much for them, running out 2-0 winners.

Bizarrely, it was only Jurgen Klopp’s second league win over United since arriving in England – although he was on the winning side in a Europa League face-off in 2016 – and it continues their quite frankly insane run of form over the past 18 months. Since the beginning of last season, Liverpool have lost just one league game. That last defeat occurred just over a year ago and they’ve gone 39 matches unbeaten since.

During this campaign they have collected 64 out of 66 available points, and with everyone else lagging so far behind, Liverpool could lose every game between now and March and still be top of the table.

Losing to a hated rival is never fun, especially considering the contrasting fortunes of the two clubs overall right now, but Man United do have some tiny fragments of positivity to hang on to. The contest was, somewhat fortuitously, still in the balance going into the final few minutes, they largely restricted Liverpool‘s preferred method of ball progression (through the full-backs), and Fred was arguably their best player in a performance that suggests he has a future in their midfield.

Against Liverpool, Fred ranked 1st or joint 1st among Man Utd players in:

There must be something of a birthday curse for Manchester City managers, after Pep Guardiola became the fifth manager in the club’s history to take charge of the team on his birthday – and all of them have failed to win. The Catalan follows Brian Horton (1995), Joe Royle (2001), Mark Hughes (2009) and Roberto Mancini (2010 & 2011).

Pep turned 49 on Saturday, but it was Roy Hodgson – the only English manager to defeat Guardiola in the Premier League – who was celebrating as he mastermind yet another terrific result for Crystal Palace at the Etihad. Last season they nearly sent City’s title hopes skidding off the road after a stunning Andros Townsend goal gave them a 3-2 victory. This time they managed to secure a 2-2 draw despite being a goal behind in the last few minutes.

Perhaps we should have seen in coming, even after Sergio Aguero scored his 250th and 251st goals for City so late in the game; Palace have not lost a game in which they scored the opener in almost a year. Everton loanee Cenk Tosun got the first goal on this occasion, which made him the fourth Turk to score ten Premier League goals.

Premier League Weekly Awards: Alisson sprints for joy, and a real kick in the nuts

There was a curious trend this past weekend as four of the top five teams in terms of possession failed to win in gameweek 23. Arsenal could only draw with Sheffield United despite 61% possession, Chelsea lost against Newcastle United even though they had 70% of the ball, Leicester City had 56% but were downed by Burnley, while Man City had a whopping 73% possession and couldn’t get the job done against Palace.

Of course, the results could have been so different had it not been for minor mistakes or instances bad luck: Arsenal should have a penalty, Jamie Vardy missed the one he did take, Kepa Arrizabalaga really should have saved Isaac Hayden’s header, while City would have held on to victory had Joao Cancelo not gone on the attack rather than, you know, defend against Wilfried Zaha like he was supposed to.

The only exception of the top five most ball dominant teams was Liverpool, second in the table for possession this season with an average of 58.2%, who beat Man United by two goals. Good teams are generally better at keeping the ball, but possession in and of itself is no guarantee of victory.

Notable stats from some of the weekend’s matches:

Burnley 2-1 Leicester City: This match put an end to a long-running and unwanted statistic for Burnley; the Clarets had won just once in the 57 games when trailing at half-time.

They managed to overturn the Foxes after Harvey Barnes put them in front in the first-half, as second-half goals from Chris Wood and Ashley Westwood gave them a much needed win on Sunday.

Arsenal 1-1 Sheffield United: Two teenagers linked up to give Arsenal the lead against Sheffield United on Saturday, with Bukayo Saka setting up Gabriel Martinelli on the stroke of half-time.

This also happened to be Mike Dean’s 500th game as a Premier League referee.

Norwich City 1-0 Bournemouth: Obviously Steve Cook’s wonder save was the highlight of the afternoon, but it was yet another rotten day for the Cherries on Saturday, losing to the bottom side in the table.

Callum Wilson managed his first shot on target since October, which is a microcosm of the team’s wider issue. The English striker scored in each of the first seven games of the campaign, but has failed to register in the following 15 he’s featured in. Bournemouth have not breached the net in the last four games, while managing only eight shots on target.