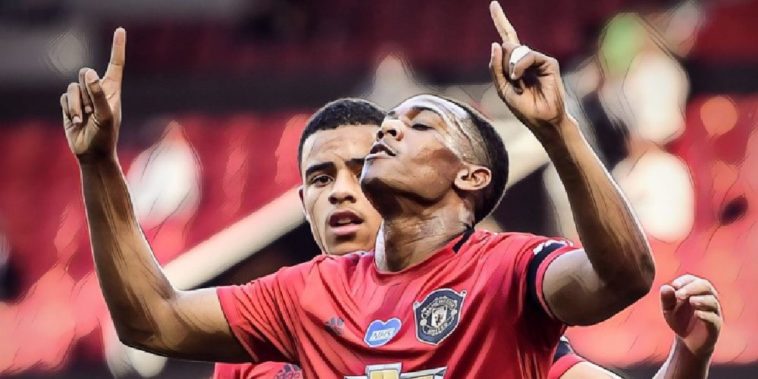 It only took 30 years, but Liverpool finally clinched their 19th league title and their first of the Premier League era following Manchester City’s 2-1 defeat to Chelsea at Stamford Bridge.

Having won the top prize in English football with seven games left to play, the Reds have sealed the title earlier than any other team to have won it. Conversely, with the season pushed back into the middle of summer thanks to the coronavirus pandemic, no team has won it later than they have.

After 31 games, Liverpool have 21 wins, two draws and one defeat, accumulating 86 points so far. With 21 points still to play for, the Merseyside outfit could smash the record points total set by Man City in 2017/18 when Pep Guardiola’s men became the first team to reach 100 points in a single season.

Anthony Martial is a figure who has been written off on a few occasions since joining Manchester United in 2015, his wavering form over the past five years leading many to question whether he really was worth the £36m fee the club paid Monaco for him.

The Frenchman is finally showing some of the potential Untied saw in him back then, after his three goals against Sheffield United on Wednesday brought his tally for the league campaign to 14. He’s also scored 19 in all competitions, the most in a single season of his career.

It wasn’t just his first hat-trick of his senior career, however; it was also the first by a Man United player since Alex Ferguson retired in 2013, which is incredible when you consider they have had the likes of Wayne Rooney, Zlatan Ibrahimovic and Romelu Lukaku on their books in that time.

2013 – Anthony Martial is the first Manchester United player to score a @premierleague hat-trick since Sir Alex Ferguson retired in 2013; since the 2013-14 season, 21 different clubs have seen a player score a hat-trick in the competition before Martial's today. Hiatus. pic.twitter.com/NyNFaPuU8H

It’s also the fifth time Man United have won by three or more goals in a league game this season.

Rating the 12 French players to line out for Man United

That takes the Englishman’s league tally up to 137 in his career, which is the second most scored in a player’s first 200 top flight games since 1992. Sergio Aguero remains on top with 138, while Thierry Henry lies in third with 130.

Kane’s goal, his first since returning from injury, was very timely for Tottenham manager Jose Mourinho, who responded to Paul Merson’s criticism during the week by listing off several great strikers he had previously worked with.

Crystal Palace are in the midst of an incredible season, keeping themselves in the conversation for European places and their best ever finishing position in the Premier League table with some terrific results this year.

But their run of four consecutive league wins was obliterated by Liverpool on Wednesday night when the Reds put four goals past the hapless Eagles.

Not only did Palace not look like scoring, but they didn’t even get close to the Liverpool goal, failing to get a touch inside the opposition box over the 90 minutes. This is the first time this has happened since Opta began collecting such data.

0 – Crystal Palace failed to record a single touch in the opposition box against Liverpool, the first side to do so in a Premier League match since Opta have full data for this statistic (2008-09). Distancing. pic.twitter.com/RwP8BUul3E

Palace, who also had no shots on target in the game, could still better the tenth-placed finish they secured in 2014/15, although they will have keep both Everton and Arsenal at bay to do so.