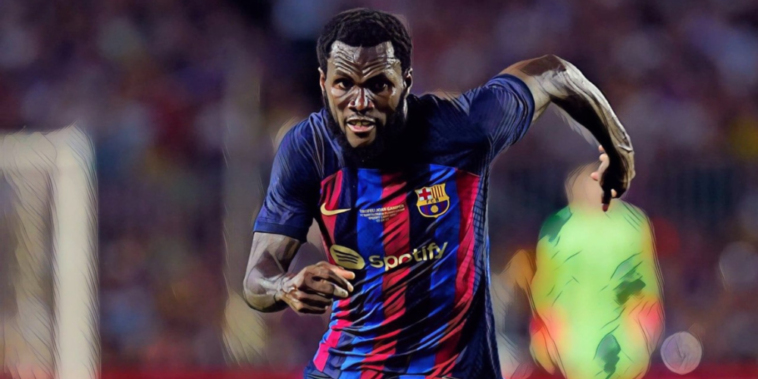 Premier League clubs are monitoring Franck Kessie’s situation at Barcelona with the midfielder having struggled for minutes at the Camp Nou.

Kessie signed for Barcelona on a free transfer from AC Milan last summer, but has failed to establish himself since the switch to Spain and has started just two league fixtures.

The Ivory Coast international was linked with Arsenal, Tottenham and Manchester United before his move to Barcelona and reports in Spain have suggested that two unnamed Premier League clubs are monitoring his situation.

Revelo are reporting that Kessie’s representatives have informed Barcelona over the proposals received, with Inter Milan and Napoli also keen to take the midfielder on loan in January. Barcelona are reluctant to allow the 25-year-old to leave, but have not ruled out an exit.

Kessie remains keen to make an impact at Barcelona and will hope for increased involvement once the Spanish domestic season resumes.

He has not been involved in the World Cup, a situation which could lead to a chance in the side given the demands of a mid-season major tournament on teammates in Qatar.

Despite interest in England, Kessie is understood to favour a return to Italy should he leave Barcelona in search of more regular first-team football.