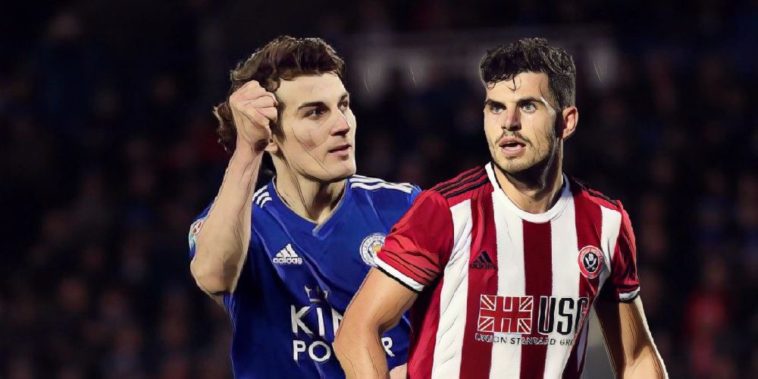 It’s been an enthralling season of Premier League action thus far, and as we approach the festive fixture schedule we’ve decided to look at some of the best stats from the opening months of the new campaign.

Sir Alex Ferguson once said that whilst ‘attack wins you games, defence wins you titles’, and it has quickly become apparent that these sides believe in a solid foundation.

Eddie Howe’s Bournemouth side are not usually associated with a water-tight defence, but have discovered a new-found solidity over the opening weeks of the new season.

Last weekend’s 1-0 win over Manchester United was the club’s third consecutive clean sheet, with the Cherries having only conceded 13 goals in their first 11 fixtures of the new season.

Key to their success has been the form of central defensive partnership Nathan Ake and Steve Cook, the latter enjoying arguably the finest form of his career, making a league high 82 clearances to date to spark talk from some sections over a potential England call-up.

Bournemouth have made a quietly impressive start to the new season, going somewhat under the radar to currently sit seventh in the Premier League.

Most clearances of any player (9)

Manchester United may have endured the club’s worst start to a season in over 30 years, though their failings have largely been down to a lack of creativity and ability to score goals.

Having invested £130m in strengthening his backline with the signings of Harry Maguire and Aaron Wan-Bissaka this past summer, Ole Gunnar Solskjaer will be pleased with his side’s defensive displays over the opening months of the campaign.

The addition of the duo has contributed to United conceding just 11 goals in their 11 fixtures, though they will need their forwards to fire if they are to climb from their current 10th place position.

Jurgen Klopp’s Liverpool have not quite looked at their defensive best this season, having kept just two clean sheets in their opening 11 fixtures. That said, their record of nine goals conceded is the third-best in the division and a key factor in their position at the Premier League’s summit.

The club had the best defensive record in the league last season and will hope to keep more clean sheets ahead of what is likely to be a defining run of fixtures in the coming weeks, as a backline marshalled by reigning PFA Player of the Year Virgil van Dijk looks to provide the solid foundation for their attacking players to flourish.

It’s been difficult not to have been left impressed by Leicester City‘s start to the season, with Brendan Rodgers’ high-flying Foxes currently sitting third in the Premier League and possessing the joint-best defensive record in the division.

The world-record departure of Harry Maguire to Manchester United has done little to damage their hopes of success, Turkish international Caglar Sonyuncu having now established himself as a first-team fixture and fan’s favourite at the King Power Stadium.

Leicester have conceded just eight goals for the campaign so far, Sunday’s 2-0 win at Crystal Palace their second successive shut-out and fourth of the season so far.

You can buy *two* Leicester City back-fours for the price of one Harry Maguire.#LCFC pic.twitter.com/mjV7WlPbD5

Who would have thought it?

Chris Wilder’s Sheffield United side were the favourites for an immediate return to the Championship, but the well organised South Yorkshire outfit have surprised everyone to reach the dizzying heights of sixth.

The club’s five clean sheets is the equal best in the division alongside Manchester City, whilst their eight goals conceded is only matched by the aforementioned Leicester.

Wilder’s preferred 3-5-2 formation, that includes innovative overlapping centre-backs, has continued to flourish at the highest level, and creates solidity by quickly forming two lines of defence as a compact midfield trio protect the backline.

Few would have anticipated the newly-promoted side would currently be occupying the European places, though it is thoroughly deserved following their solid start to the campaign.